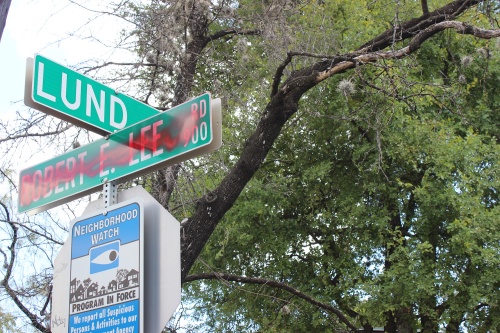 Some of Austin’s most well-known pieces, including the city itself, may receive name changes after a report Friday asserted the assets’ namesakes were tied to slave ownership, segregation and/or racism.

Barton Springs, Lamar Boulevard, Burnet Road, Bouldin and Waller creeks, Pease Park and even the actual city of Austin were charged among others—in a report from Austin’s Equity Office—with being named after slave owners and/or colonizers.

The report comes more than nine months after City Council tasked city staff to round up information on all city-owned assets connected to the Confederacy. The direction by city leaders reflected a national reckoning in which cities throughout the country began reconsidering the merit of publicly funded Confederate memorials.

The Equity Office’s report acknowledged the changing nature of a community’s values over time.

“It is essential to acknowledge that societal values are fluid and they can be and are different today compared to when our city made decisions to name and/or place these Confederate symbols in our community,” the report said. “Nearly all monuments to the Confederacy and its leaders were erected without a true democratic process. People of color often had no voice and no opportunity to raise concerns.”

Below are some of the more well-known assets the Equity Office pegged for needing secondary review and a brief description of the office’s reasoning.

City of Austin; Stephen F. Austin Drive, Austin Recreation Center:
Named after Stephen F. Austin who “Fought to defend slavery in spite of Mexico’s effort to ban it; believed slave labor was indispensable for Texas to flourish in its production of sugar and cotton.”

Waller Street and Waller Creek Park:
Named after Edwin Waller who owned 17 slaves. Waller was the first mayor of Austin and was chosen to design the city’s downtown grid.

Pease Park and Pease Road:
Named after Elisha Pease who was a slave owner and owned a plantation in Old West Austin. Pease’s slaves resided in Clarksville. Pease was also a governor of Texas and a unionist.

Lamar Boulevard:
Named after Mirabeau Lamar, the president of the Republic of Texas who occupied and colonized the land that is now Austin; removed Native Americans and owned slaves.

Burnet Road and Burnet Lane:
Named after David G. Burnet who served under Lamar as vice president of the Republic of Texas and was a slave owner.
SHARE THIS STORY