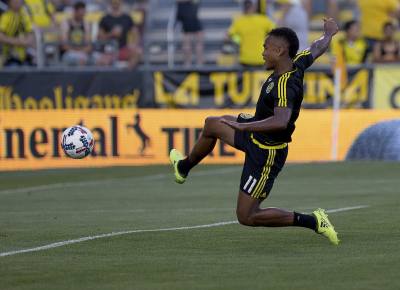 In September, news broke that Anthony Precourt, owner of the Columbus Crew, was considering moving the team down to Austin. On Tuesday, city staff released eight properties they recommended as prime sites for either a new state-of-the-art professional soccer stadium or practice field.

City staff also offered two non-parkland sites for a stadium: a lot at 10414 McKalla Place and the former Home Depot tract at the corner of I-35 and East St. Johns Avenue. The Austin ISD-owned Burger Activity Center is listed as a possible practice field.

Only three of the properties—Butler Shores Metro Park, Guerrero Metro Park and the former Home Depot tract—are within the urban core, criteria Precourt set early on for him to consider moving the Columbus Crew to Austin.

Although a report from staff on the recommendations is scheduled for publication tomorrow, council and staff agreed that more time and information was needed before taking any further action on the stadium issue. Council expects to take up the item early in 2018.


Below is a map of the recommended sites.