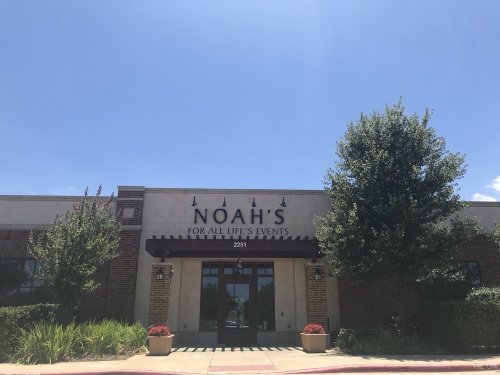 Noah's Event Venue in Plano will close Aug. 5, creating uncertainty around a number of weddings and other events that had been scheduled at the facility after that date.

"After lengthy back-and-forth negotiations, some landlords have decided to part ways with NOAH's as the tenant and not renew our lease," the company said in an announcement on its website.

Noah's includes more than 40 standalone locations across the country, according to its website. Events held include weddings, corporate events and special occasions.

Clients who have an event scheduled after Aug. 5 should book a phone appointment with a Noah's representative to discuss alternatives, according to the site. Other Noah's locations in Fairview, Fort Worth and Las Colinas may be available to host canceled events, the announcement said.

Building staff are unable to provide information, so the business asks that clients refrain from calling, emailing or stopping by.

The closure has left a number of customers looking for new venues at the last minute for their weddings and corporate events.

Jason Young, owner of the Verona Villa event venue in Frisco, said he started to receive requests from former Noah's customers late July 17. Since then, he's made several bookings and has scheduled appointments with more than half a dozen potential wedding customers who had previously worked with Noah's.

Some of the people preparing to switch venues have scheduled appointments with Noah's representatives, but may not receive guidance for days, Young said.

"They don’t have any understanding of what their circumstance is," Young said.

Noah's Plano location is not the only location headed for closure. The Richardson location as well as one in the Houston area and another in Michigan are also shuttering, the announcement said.