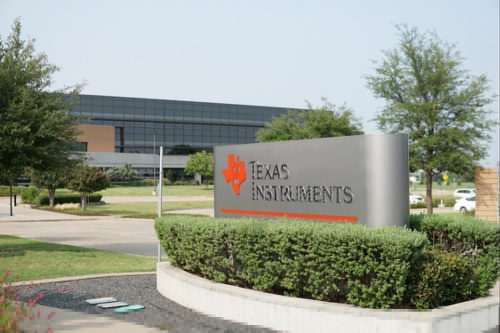 The technology company has been in negotiations with local taxing entities since August on the expansion project being located alongside an existing Texas Instruments fabrication facility at 300 W. Renner Road.

“We’ve selected Richardson for our next [wafer fabrication facility] because of its access to talent, an existing supplier base and multiple airports, as well as operational efficiencies due to the close proximity of the new facility to our existing Richardson factory (RFAB),” Kyle Flessner, senior vice president of Texas Instruments' technology and manufacturing group, said in a news release.

Plano ISD is slated to receive $20 million over a decade as part of a taxing agreement with Texas Instruments. The agreement will limit the taxable value of the company's fabrication facility to $100 million during the same 10-year period.

“In all steps, we’ve ensured that Plano ISD is protected in all fiduciary matters in order that the agreement is crafted in the best interest of the school district and the students,” PISD trustee Nancy Humphrey said at an April 9 board meeting.

The PISD board of trustees voted to enter into the tax agreement with Texas Instruments at the April 9 meeting.

“Richardson has long proven to be a hub for tech-based developments such as this, and we are proud TI’s global search has led them once again to our community,” Richardson Mayor Paul Voelker stated in a news release. “Our business environment is competitive, friendly and offers access to a highly trained technical workforce that helps keep us as a top-tier location for projects like this; we look forward to continuing to prove our value to TI as it prepares to develop this new high-tech manufacturing facility.”

The announcement was published in a press release on Texas Gov. Greg Abbott’s website.

“The Lone Star State continues to be a leader in the development of innovative technologies because of companies like Texas Instruments,” Abbott stated in the release. “Made in Texas is a powerful label, and this expansion will create hundreds of jobs, generate billions in capital investment, and further solidify Texas’ reputation both at home and abroad. I thank Texas Instruments for their investment, and look forward to working with them to build an even brighter future here in Texas.”

The expansion project is expected to create more than 488 jobs, according to the press release. Texas Instruments will receive from the state a $5.1 million grant once it fulfills its staffing and investment commitments.