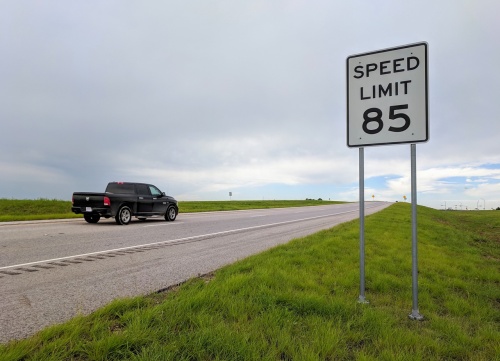 The SH 130 Concession Co. just completed a $90 million reconstruction project in June on the southernmost portion of the toll road.

Reconstruction of the 41-mile section of SH 130 between South Austin and northeast of San Antonio wrapped up in June.

The $90 million project included removing 4 to 8 feet of material under the roadway and replacing it with treated material before crews repaved, according to the SH 130 Concession Co., which operates this portion of the tollway.

Initial cost estimates for the project were $60 million. However, the project scope expanded after construction began to include extensive repairs at the Boggy Creek Road overpass, said James Lovett, director of public affairs for the concession company.

The company leases the portion of the toll facility between SH 45 SE and I-10 from the Texas Department of Transportation.

The construction is separate from ongoing work on SH 130 that TxDOT is undertaking between SH 71 and SH 45 N. The project involves widening the toll road to three lanes in each direction.

Another project to add three new flyovers between SH 130 and Toll 290 is being overseen by the Central Texas Regional Mobility Authority.

Editor's note: This post was updated to correct the amount of material removed under the roadway.