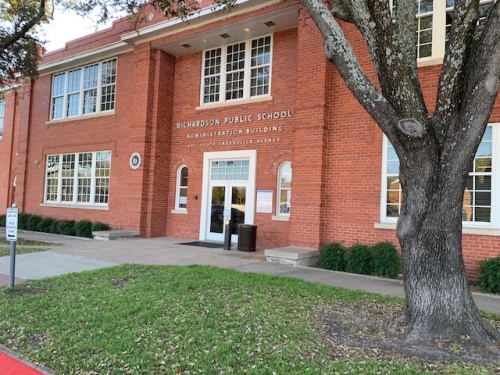 The district is considering significant changes to its teacher salary structure.

Teachers and other employees at Richardson ISD could see significant salary increases in the coming school year as the district continues its bid to compete for the best educators in the region.

RISD currently offers new teachers one of the lowest starting salaries in the region, according to Assistant Superintendent of Human Resources Christopher Goodson. To catch up, Goodson and Superintendent Jeannie Stone are urging the board to adopt an aggressive compensation plan that could cost the district $15.5 million in school year 2019-20.

"People love working for RISD, but what we hear time and time again is that ‘I want to be compensated fairly,'" Goodson said in a March 25 presentation to the district's board of trustees.

In November, voters approved a $0.13 maintenance and operations tax rate increase that, among other items, included 2.5 percent raises for teachers across the board. This increased the new teacher starting salary from roughly $51,000 to $52,275. In school year 2019-20, staff is proposing to increase the new teacher starting salary by 4.25 percent to $54,500.

The district is also seeking to combat compression—or the issue of tenured RISD teachers receiving only an incrementally higher salary than teachers new to the district with a similar teaching tenure—by implementing a stratified pay raise schedule. Under the current system, the district's teachers are given the same salary rate increase regardless of tenure. If the proposed salary adjustments are approved by the board, teachers, librarians, nurses and counselors would receive salary increases of between 5-6 percent each year based on years of service in RISD. All other employees would receive a raise of 3 percent.

Goodson reminded the board that certain bills circulating through the ongoing legislative session, such as mandated salary increases, could impact the district's plan moving forward.

“We feel confident about the commitment being made down in Austin to support public education, but we want to be prepared because it might be a while before we get definitive answers," he said.

The district will vote on salary adjustments as part of its scheduled budget adoption in June.