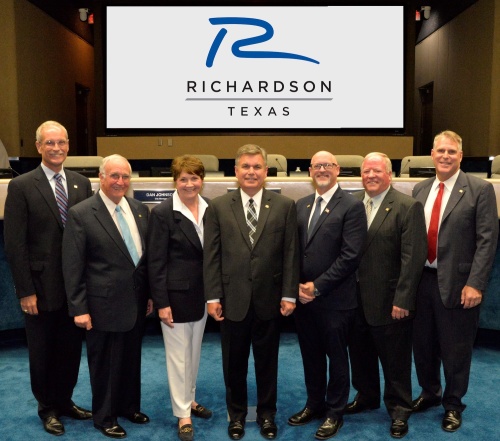 The city of Richardson’s budget is still one fiscal year away from bearing the brunt of Senate Bill 2, but conversations around how to dull its impact are already in full swing.

SB 2, signed into law by Gov. Greg Abbott on June 12, limits funding for municipalities by requiring voters to sign off on property tax revenue growth exceeding 3.5%. Prior to SB 2, cities could budget up to 8% property tax growth for operational costs, above which voters had to petition for an election to roll back the increase.

Cities across Texas claimed the legislation would hamstring budgets and compromise valued municipal services. Now that SB 2 is law, city officials are forced to rethink how they sustain their general funds.

“[Revenue is] still increasing, just not at the same pace we have recently seen or, absent a cap, would have been able to grow organically,” Deputy City Manager Don Magner said.


A PLAN OF ACTION

Because SB 2 does not take effect until January, the city’s fiscal year 2019-20 budget, scheduled for adoption Sept. 9, will not be affected.

Still, with less than a year until budget planning resumes, time is of the essence in charting a course of action.
SB 2 slows the rate at which cities can realize property value appreciation. Any time property tax collection threatens to push revenue past 3.5%, city staff in Richardson will propose a reduced maintenance and operations tax rate.

The city estimates SB 2 could inflict a $7.2 million hit to its operational budget over the course of three years beginning in fiscal year 2020-21.

“From now on we will be talking a lot about the [maintenance and operations] tax rate and what is the reduction piece on that,” City Manager Dan Johnson said at July 15 budget workshop.

Currently, Richardson residents contribute $0.37413 per $100 of home valuation toward the city’s operating costs. That portion of the tax rate will most likely decline starting in fiscal year 2020-21.

SB 2 also poses new obstacles in the area of economic development. Whereas some cities dedicate $0.01 of local sales tax toward bankrolling business incentives, Richardson uses that money to fund Dallas Area Rapid Transit services. As a result, it has historically dedicated $0.00125 of property tax revenue to pay for economic development—a practice that is now threatened by SB 2.

“You can use [economic development corporations] to offset a lot of operational costs—Richardson does not have that luxury,” Magner said.

The SB 2 property tax cap excludes revenue created by new growth. But unlike some North Texas cities, that stipulation actually serves to put more developed cities such as Richardson at a disadvantage, Magner said.

“In a city like Richardson, our ability to raise new revenue is much more tied to the increase in reappraised value than in a city like McKinney,” he said. “If these other cities are growing and are able to bring on new revenue in different ways, we will have to factor that in to remain competitive.”

Johnson laid the road map for what needs to happen now in anticipation of budget planning next July.
First, staff will need to evaluate recurring costs of new programs and services. It will also need to take a hard look at which existing programs and services are considered essential to the community and which may no longer be a priority.

“Any recurring costs are going to have to be heavily weighed,” Magner said.

Also, established departments will need to analyze prior years’ master plans to determine whether or not the city can still afford planned capital projects in light of a reduction of its operating revenue.

Areas the city pledges to protect from SB 2 cuts include neighborhood initiatives, urban and commercial village development, maintenance of infrastructure and facilities, and operations costs related to customer service.

“Sustaining attention to these community priorities is critical, even as we embrace new budget development realities,” Johnson said.