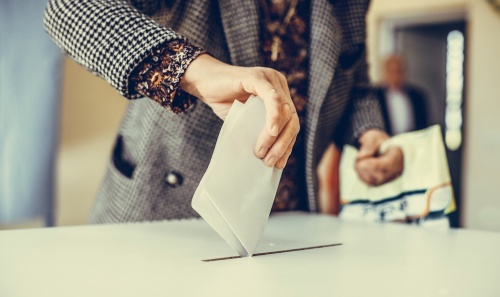 When deciding the issues that most affect Richardson residents’ everyday lives—from trash collection and street repair to new schools—voters arguably get the most bang for their buck in local elections.

But only a small share of Richardson residents who are registered to vote will actually cast ballots in the May 4 elections, if history is any indication. And those who do vote will not closely resemble the general voting-age population, research shows.

This can have a profound impact on the nature of representation at the ground level of local government, said Cal Jillson, a Southern Methodist University political scientist. Low turnout also means that an organized group can have a greater influence on the direction of the city or school district even if the numbers are small, he said.

“That’s not bad, in the sense that those groups are welcome to turn out. They generally watch [local politics] more closely than the average voter,” Jillson said. “But at the end of the day, if the issue is, ‘Is a single-digit-mid-teen [percentage] type of turnout a sufficient democratic foundation for local government?’ I think the answer is
probably no.”

Richardson fares better than some nearby cities when it comes to City Council elections. In 2013, more than
24 percent of registered voters turned out for the first time the mayor was elected rather than elected by council, data shows. But that level of participation is not the norm. In four of the last five city of Richardson elections, turnout was less than 15 percent, according to election results.

“[Turnout] depends on who is on the ballot, whether you have contested races or not, and if there is something else on the ballot that would draw them [citizens] to the voting booth,” Richardson Chamber of Commerce President and CEO Bill Sproull said.

In a 2016 study by Portland State University, researchers found that municipal election turnout in 10 of America’s 30 largest cities was lower than 15 percent of registered voters. More than half of voters in local elections in 50 major U.S. cities were age 57 or older—nearly a generation older than the median age of all eligible voters, according to the study.

There is a relatively simple way to improve voter participation in local elections: hold them at the same time as statewide and national races, Jillson said. While this approach would almost certainly increase turnout, it would come with its own set of problems, he said.

If Richardson candidates are to embrace Gamble’s strategy, that means focusing on the 5,793 voters who cast ballots in May 2017 over the more than 63,000 other registered voters who declined to show up.

That mindset could be rooted in a misunderstanding of what falls under the purview of local government, according to Ellen Steger, League of Women Voters Richardson President. Setting the municipal tax rate, mitigating local development, and, in Richardson’s case, hiring a city manager, are items lawmakers at the state and national level do not control.

Richardson’s electorate tends to be more engaged because of the open avenue of communication between members of local government and their constituents, said Council Member Marta Gomez Frey, who chose not to seek re-election this year. This is the beauty of a smaller city, where residents run in similar circles as their council members, she said.

Still, council members count on that engagement to go beyond small talk in line at the grocery store or at church, Frey said.

“If you need something from the city, you have to show up and let us know what it is you want, and that is usually through the vote,” she said.

Richardson’s City Council is elected at large, meaning all voters cast ballots for all six council seats as well as the mayor. Criticisms of at large systems have recently surfaced by those who claim the practice not only favors white candidates but also discourages minorities from running for office.

In January, Richardson ISD settled a lawsuit leveraged by a former trustee that claimed its at large system violated the Voting Rights Act. As a result, the district switched five of its board seats to single-member districts and moved its scheduled May election to November.

The upside of an at large system is that council members act in the interest of the entire city rather than a specific geographic area, Frey said. In a city of Richardson’s size, with a population of roughly 115,000, this system works, she said.

“I think for us, and where we are in our growth, it’s better for us to have an at large system, so that each council member is taking the community as a whole not just my neighborhood or my district,” she said.

These groups sometimes view local office as a stepping stone to higher office, Gamble said. Serving on the city council or school board also requires a fraction of the campaigning and cost of a larger-scale campaign, she added.

To Sproull, the partisan mindset that defines state and national races is not very useful at the local level.

“We have gone through an era where we have had—particularly at the state and national level—very partisan elections that typically, in the primaries, [lead to] people on the extreme part of the spectrum getting elected,” he said. “We need more balance.”