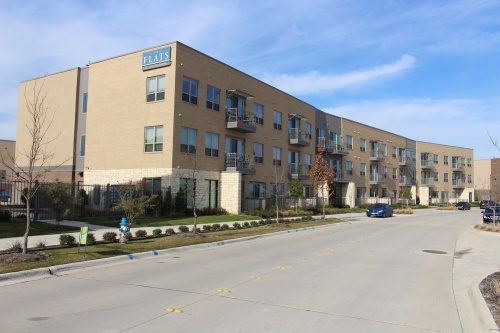 At first glance Palisades in Richardson seems like any other neighborhood. But behind the seemingly quaint development is a backstory mired in controversy.

Despite strong opposition from hundreds of nearby residents, the development was greenlighted five years ago with support from then-Mayor Laura Maczka. The former mayor, now known as Laura Jordan, is standing trial on criminal charges accusing her of bribery and wire fraud.

The prosecution also accuses the former mayor’s now-husband and Palisades developer Mark Jordan of offering her money, gifts, sex and a salaried position at his company in exchange for votes that allowed for construction of Palisades.

Veiled beneath the spectacle of the Jordan trial is the uncertain status of Palisades, located on the west side of US 75 at Palisades Boulevard. Since the property was rezoned in 2014, several apartment buildings comprising just under 600 units and a subdivision of single-family homes have been built. But the promise of a multimillion-dollar destination development—complete with shopping, restaurants and a hotel—has yet to be delivered.

When the project was first proposed, city ordinances did not allow for apartments on the property. As a result, between November 2013 and June 2014, Mark Jordan and his partners asked for several zoning changes.

The city’s planning commission and several council members, including the former mayor, consistently voted in favor, and eventually, the project was pushed through.

Construction on the remaining development could take place at any time or not take place at all. The outcome of the criminal trial in no way affects the future of the Palisades development, Richardson’s Deputy City Manager Don Magner said.

“It’s up to the developer or a builder to come in and develop or construct, but there is no requirement with respect to a timeline or sequencing,” he said.

Mark Jordan was managing partner of JP-KBS Richardson Holdings Inc. when the company purchased the 79 acre Palisades property in 2011. Today, he owns less than 3 percent of the development, according to statements in court from his attorney.

So far, Magner said no plans for retail or any other buildings have been submitted to the city. The trial’s verdict also has no bearing on a $47 million construction and infrastructure reimbursement deal negotiated in 2014 between the city and JP-KBS Richardson Holdings Inc., Magner said.

Incentive deals that help shoulder the cost of construction for profitable projects are fairly common in Richardson, with 48 in place today. Under the terms of the Palisades deal, JP-KBS Richardson Holdings can request an annual 50 percent refund on the property taxes generated by improvements to the property. So far the company is entitled to $572,514, but no one has claimed that money, Magner said.

“This is a rather unique case in that since 2015 they have been entitled to annual payments, but they have not requested it,” he said.

With the proper invoices, however, the company could request those funds at any time, and the city would be obliged to pay, Magner said.

“This contract does not have a limitation on the number of years that a request can go bad,” he said. “... If they made the request now, we would go back and pay them for those.”


A HISTORY OF OPPOSITION


About this time five years ago, the city of Richardson was facing an onslaught of opposition to the possibility of multifamily housing on the Palisades property.

According to footage from a council meeting on Dec. 9, 2013, the city received hundreds of letters and two petitions opposing the plan for Palisades. At that same meeting, 126 residents spoke out against the project. Nine were in support.

A few of them spoke about the project’s potential to expand the tax base, provide jobs, and foster a “live, work and play” environment similar to what is offered at nearby CityLine.

But they were outnumbered by residents who believed the multifamily component would lead to increased traffic, more crime and overcrowding of nearby schools.

Still, the main concern repeated throughout the council chamber that night was that the apartments would be built, but the promised retail would never arrive.

“There is no guarantee this vision becomes a reality,” Jeremy Thomason, then-president of the homeowners association in neighboring Canyon Creek, said at the meeting. “The only guarantee is the survivability of the zoning, and that is something Canyon Creek will be left with regardless of when the property is developed or by whom.”

Warren Caldwell, current president of the Canyon Creek HOA, said he and his neighbors have been mostly unaffected by the Palisades project so far. He said his group talks regularly with developers and looks forward to future retail options.

“The planned development is expected to take many years before it is fully built out,” Caldwell said.

When Laura Jordan campaigned for mayor in 2013, she ran on a platform of no more apartments built near Richardson neighborhoods, according to the federal indictment.

But she voted in favor of rezoning Palisades to include multifamily units three times before the project was finalized in June 2014 by a council vote of 5-2. Only Council Member Steve Mitchell and former Council Member Kendal Hartley opposed.

Mitchell was concerned the multifamily units could eventually become a blight on the community, referencing his own experience living near an under-maintained apartment complex.

“I can tell you [putting apartments adjacent to single-family homes] simply doesn’t work,” he said at the December 2013 meeting. “… I have seen firsthand what happens when you have a degradation of not just 100 apartments, but over 1,800 apartments.”

Still, architect Larry Good of GFF Inc. insisted in presentations to council that the multifamily units were integral to the success of the project’s retail component.

“This development does not work without the multifamily,” he said. GFF Inc. did not return Community Impact Newspaper’s request for comment.


In April 2015, the city of Richardson hired an outside attorney to investigate formal complaints from four citizens questioning Laura Jordan’s ties to the developer.

Attorney George Staples led two separate investigations into whether she had violated the City Council Code of Ethics, according to the indictment. But he did not have the authority to obtain financial records or force people to talk with him. His final report to the city cited a lack of sufficient evidence to confirm any ethics violations.

Maczka had no opposition on the May 2015 ballot and easily secured re-election. She stepped down almost immediately to take a job she had been offered in March at Mark Jordan’s company, JP Realty Partners.

Eventually the FBI launched its own investigation. The result was a seven-count indictment last year against the Jordans. Their federal trial on criminal wire fraud and bribery charges began Feb. 11 in Sherman. As of Feb. 15 press time, the trial was ongoing. If found guilty, the couple faces up to 20 years in prison and up to $250,000 in fines.

During opening statements at trial, defense attorney Dan Cogdell denied that Mark Jordan’s lavish treatment of the former mayor was based on ulterior motives. The couple’s only transgression, he said, was an illicit, yet legal, love affair.

“Mark Jordan was courting a woman, not bribing a mayor,” Cogdell said.

The prosecution urged jurors not to be fooled by the argument that any alleged wrongdoing was the collateral damage of an extramarital affair.

“He wanted her political influence; she was lured by the luxurious lifestyle he led,” lead prosecutor Christopher Eason said.

Jeff Kearney, Laura Jordan’s attorney, argued that his client was voting in favor of a project she believed was in the best interest of Richardson’s economy.

“She had an obligation to vote for projects that were good for an entire city, not just a small special-interest group [Canyon Creek HOA] that makes up less than 2 percent of the Richardson population,” Kearney said.