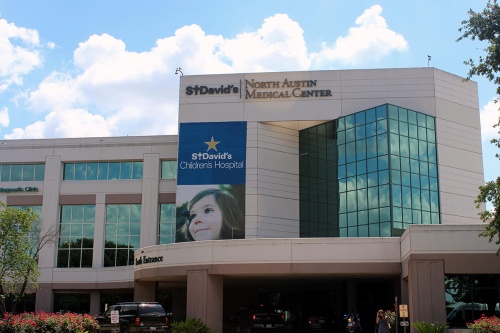 Private hospitals in Travis County, such as St. David's North Austin Medical Center, will be able to take advantage of an unused stream of federal uncompensated care funds that local health officials say will allow for a wider net of health care services for the county's poorest and must vulnerable populations.

Following the 86th Texas Legislature, Travis County is the latest body in the state to operate a health care fund that will send a set percentage of hospital revenue for federally matched dollars, taking some of the incurred costs of local indigent care off the backs of taxpayers.

“Our community now has an additional source of local funding to draw down federal funds. That additional source does not rely on individual taxpayers to generate the fund,” said Katie Coburn, the director of the Regional Healthcare Partnership at Central Health.

Coburn said Central Health is expecting $48 million of federal funds to be created in the initial rate setting period.

Travis County was granted authority to establish its own local fund by Senate Bill 1350, filed by state Sen. Kirk Watson, D-Austin, and signed into law May 31. The bill was supported in the House of Representatives by several of Austin’s state delegation, including state Reps. Gina Hinojosa, D-Austin; Donna Howard, D-Austin; and Celia Israel, D-Austin.

LPPFs were first established in 2013 as a means for rural counties in Texas to access Medicaid funding. In the time since, 28 cities and counties have gained legislative approval to create and administer LPPFs, including Hays and Williamson counties. Nine counties had LPPFs established through bills this past year in the 86th Texas Legislature.

Williamson County had its LPPF established through the state Legislature in 2017. Nine care providers, including hospitals such as the Baylor Scott & White Medical Center-Round Rock and the Georgetown Behavioral Health Institute, all pay into the county’s fund.

Williamson County’s LPPF was specifically set up for hospitals to utilize Texas’ Uniform Hospital Rate Increase Program, or UHRIP, which is a program that provides help to offset uncompensated care costs.

“Any time we can get our federal tax dollars back into our own community, we should step up and help the facilities do that,” Kiley said.

Central Health—Travis County’s health care district—administers the LPPF and ultimately votes to set the percentage of net patient revenue funds that participating hospitals must pay into the fund. A total of 21 hospitals in Travis County will pay into the fund, and the pooled LPPF money will be sent to the state to be matched with federal money. These hospitals will pay a set rate of their net patient revenues to the fund every year.

On July 31, the Central Health board set the net patient revenue rate at 1.11% for the initial funding period. According to Central Health documents, that rate is expected to generate $35 million of local funds for the LPPF.

Hospitals are obligated to provide emergency medical care to patients regardless of their ability to cover the bill. In Travis County, hospitals incurred a collective $360 million in uncompensated care costs in 2017 and received only $100 million back in reimbursement from the state, said Carlos Zaffirini, CEO of Adelanto Healthcare Ventures. The hospitals end up paying for that difference themselves.

“[The LPPF] helps us ensure that we maximize reimbursement,” said Geronimo Rodriguez, the chief advocacy officer for Ascension Texas, which operates Ascension Seton hospitals and clinics. “It also is an opportunity to make sure our local taxpayers aren’t burdened by that uncompensated care.”

With the LPPF, Travis County hospitals have access to federal funds through UHRIP. Coburn told Community Impact Newspaper that Central Health did not have the available funding to participate in this program before the creation of the LPPF.

“It helps offset what is known as ‘Medicaid shortfall.’ Medicaid payment rates that are set by the state … generally cover less than what it actually costs to provide [uncompensated care] services,” Coburn said.

The LPPF partially replaces local, taxpayer-backed dollars that are sent to the state to be federally matched, Zaffirini said. Previously, local and federal funds would be combined and dispersed by the Texas Health and Human Services Commission to specific hospitals.

“From a taxpayer perspective, what it does is it lessens the pressure of utilizing ad valorem tax revenue to fund these programs. The LPPF is able to reduce the pressure on local taxpayers,” Zaffirini said.

Now that the LPPF relieves some of the pressure off taxpayers to foot the cost of uncompensated care across the county’s hospitals, Coburn said Central Health can divert some funds to other health care services, such as efforts to deliver health care screenings and clinics to the poorer and more rural pockets of Travis County.

“Health care finance for low-income populations is a complicated puzzle that takes a lot of different methods to solve,” Coburn said. “[The LPPF] gives us a lot more flexibility to direct our spending into the community.”