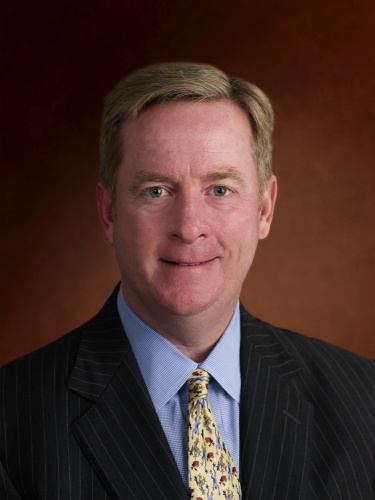 Paul N. Wageman was elected as chair of the DART board of directors after serving for seven years as a representative for Plano on the board.

Paul N. Wageman was elected Oct. 8 as chair of the Dallas Area Rapid Transit board of directors, according to a release by DART. Wageman will serve a two-year term in the role.

His selection comes after his appointment in 2012 to represent the City of Plano on the DART board of directors. Wageman recognized Plano as a long-term supporter of DART and said he plans to continue to remain engaged with Plano city officials during his term.

“I think that [the Silver Line] will be probably the greatest engagement [with Plano], but there are smaller items and issues that we deal with on their behalf all the time,” Wageman said. “We have a great relationship. It's one of significant communication, and I certainly anticipate that to continue.”

Being inclusive, sharing information and seeking members for the board to have a common direction are all traits that Wageman said he hopes to continue in his time as chair. Some specific goals for the term include moving forward with the Silver Line, the alignment of the D2 Subway light rail and the redesign of DART’s bus system, Wageman said.

“The board is particularly focused on trying to increase ridership, increase frequency of the rides and increase timeliness of the routes, as well,” Wageman said. “It's going to be a very significant undertaking of its entire system.”

Wageman served on the board of the North Texas Tollway Authority from 2000-10 and served as NTTA chair from 2007-10. His experience with NTTA and his experience as a lawyer have prepared him for his new position, Wageman said.

“And I chaired the authority [NTTA] ... during this period of greatest growth and opportunity, but also parallel. We had an enormous capital program that had to get delivered in the teeth of the worst economic downturn since the Depression, including the season of the capital markets, all the while having to negotiate with the state DOT over what projects were theirs and what projects were appropriately ours,” Wageman said. “I'm confident that that experience and skill set ... will benefit me as I chair the DART board.”

“I would like to emphasize that as the board is—the last three or four years—is really come together in a collaborative and cohesive way to work to deliver what's best for the common good, which is our entire system,” Wageman said. “I'm excited about continuing to work with them in that way to do what's best for DART and the 13 cities we represent.”