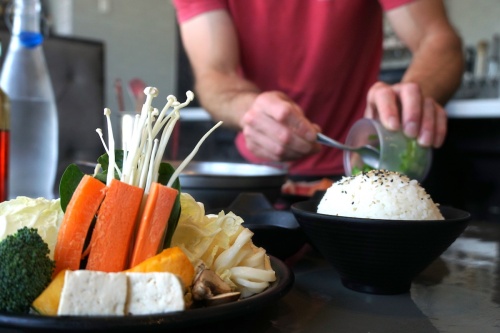 At Yoshi Shabu Shabu, guests select their choice of meats, which is then served with a plate of vegetables, sauces and a pot of broth on a stove in the middle of each table.

That first job planted the seed for what would become the concept for Yoshi Shabu Shabu, which the two brothers opened with Itoyama in April 2014 in Richardson.

Those sauces are now used in Yoshi Shabu Shabu’s menu. But before starting their venture in Richardson, the brothers set off with Itoyama to continue their training in Japan.