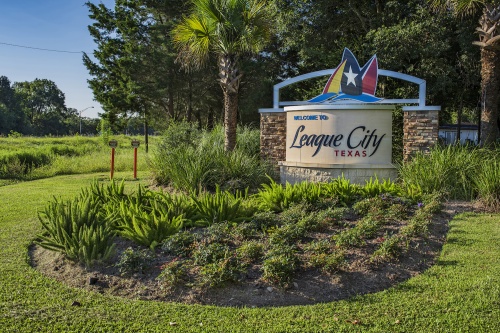 Budget season is underway, and the League City City Council and city staff are working to hammer out the details of the proposed fiscal year 2019-20 budget before it is approved in September.

Council spent the evening of July 30 going over details of the city’s annually updated five-year capital improvement plan, or CIP, which guides what and when capital projects are completed to improve and create League City’s infrastructure and amenities, said Angie Steelman, budget and project management director.

Over the next several years, about $145 million in general obligation bonds will fund several traffic and drainage projects voters approved in May. Staff originally budgeted about $26.89 million in grants for drainage projects, but it is likely the city will receive only about $13.5 million in Community Development Block Grant disaster recovery funding, forcing the city to be strategic in how drainage projects are handled and take on the most crucial ones first, Steelman said.

“We’ll just have to look at prioritizing the projects,” she said.

City Manager John Baumgartner said the most important projects in the CIP are the traffic and drainage projects.

“[We’re] first focused on the stuff the voters talked about: the drainage and the roadways,” he said.

The proposed property tax rate, which will not be finalized until the end of August, is $0.55 per $100 valuation, a slight decrease from the existing tax rate of $0.5638 per $100 valuation. League City’s tax rate has either remained the same or decreased each year since 2010, according to city data.

Under the city’s homestead exemption, residents whose League City homes are their primary residences can be exempt from property taxes up to 20 percent of their homes’ values. This would effectively lower their property tax rate to $0.44 per $100 valuation, according to the preliminary budget.

League City expects this fiscal year to bring in $19.75 million in sales tax revenue, which is $400,000 less than budgeted for and 2% less than what the city collected in FY 2017-18. I-45 construction that removed the FM 646 bridge from March through July led to less sales tax revenue those months, according to the proposed budget.

League City voters in May overwhelmingly approved a sales tax increase of 0.25 cents per $1 to 8.25 cents per $1, the maximum allowed under state law. The additional revenue increase will fund drainage and road projects voters also approved.