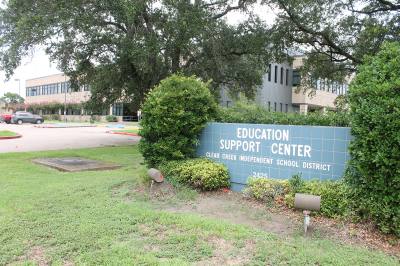 The CCISD schools join the ranks of 13 Houston elementary schools and 88 schools nationwide that have earned the distinction. The schools will be honored Oct. 24-27 at the 2019 National Forum in Washington, D.C., according to the release.

“The teachers and students have dedicated each day to becoming leaders of character, so we are extremely honored to be recognized as a National School of Character,” Stewart Elementary Principal Britani Moses said. “Together as a community of parents, volunteers and teachers, we have committed to modeling and teaching our students how to live out each of the CCISD core values of trustworthiness, respect, responsibility, fairness, caring and citizenship.”

The distinction was given by Character.org, a program that uses 11 principles to evaluate how the character development of campuses influences academics and behavior. In January, the program recognized Bauerschlag, McWhirter, Ross, Stewart, Weber and Whitcomb elementary schools as Texas Schools of Character.

“The strong foundation of CCISD core values made a commendation like this possible,” Ross Elementary Principal Kelly Mooney said. “This distinction is validation for the hard work Ross has focused on for the past four years, even when faced with hardships. Creating caring citizens is the cornerstone of what we do at Ross each day.”
SHARE THIS STORY

Here is a roundup of recent business news in the Bay Area.

The League City Animal Control building at 755 W. Walker St. will serve as a pantry on the second Sunday of each month from noon-2 p.m.

Mayor, council members clash over how to honor historical family

Mayor Pat Hallisey and a couple members of League City City Council clashed June 8 over an agenda item related to renaming part a major road after a family significant to the city’s history.

After League City City Council’s unanimous vote June 8, League City will swap some land with Webster to make way for an extension to Landing Boulevard.