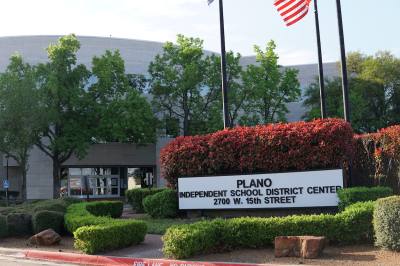 The Plano ISD board of trustees appointed its new president May 21. In a divided vote, the Plano ISD board of trustees has appointed Tammy Richards as its new president for the 2019-20 year.

The board voted 4-3 to appoint Richards, with trustees David Stolle, Jeri Chambers and Nancy Humphrey opposed.

Stolle also sought the position of president but did not receive the necessary number of votes.

The board also appointed trustee Angela Powell as its vice president, as well as trustee Jeri Chambers as its secretary.

Richards won the election for her third term on the board in 2017.

Richards' appointment comes after former President Missy Bender concluded her tenure on the board during the May 21 meeting.

Bender has been an outspoken voice in favor of restructuring Texas’ school finance formulas and testified in front of the state’s school finance commission last year.

“The legislative priorities and the leadership in that regard, you’ve made an impact—yes locally—but statewide,” trustee Nancy Humphrey said at a May 7 meeting. “There is going to be a rather big void, and I hope that we have you around to ask for guidance on those issues.”

Editor’s note: This story has been updated to clarify the length of terms for the new officer positions.
SHARE THIS STORY