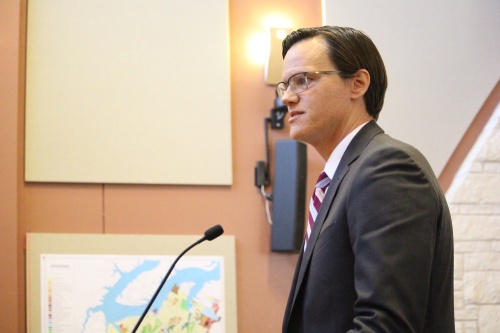 The Texas Department of Transportation held a special work session with Lakeway City Council on Dec. 17, discussing particulars regarding transportation.

Hector Thomas from TxDOT gave a presentation on the RM 620 expansion, a highly anticipated project for the cities of Bee Cave and Lakeway estimated to cost roughly $80 million. A major component of the project seeks to expand the thoroughfare from five to six lanes.

A traffic study is underway now, Thomas said, and should be ready with a preliminary schematic in January. Periphery matters coinciding with the road expansion, such as utility installation, were also discussed—specifically how they would be factored into upcoming discussions between cities, utility entities and TxDOT.

The start of construction letting date is late 2022, and completion of the project is slated for September 2024, Thomas said. Mayor Sandy Cox also sought a timeline for submission of Lakeway’s $5 million contribution to the project, a window that right now is narrowed to somewhere between summer 2020 and summer 2022. Thomas said he wasn’t sure of the exact time frame TxDOT would require Lakeway’s contribution, but he would look into it.

“Let us know, because we’ve got to make sure we schedule out our bond because that’s what we pledged,” Cox said. “We did not say it would be cash, so we have to go to the voters for that.”

A second open house following an October open house at the Lakeway Activity Center should occur in the first week of March unless a venue is not found, Thomas said, adding TxDOT will meet with officials from Bee Cave and Lakeway prior to that open house.

Safety improvements for RM 620 were also a prominent topic during the special meeting. TxDOT representative Epi Gonzalez discussed a traffic count study to likely occur in January that would assess, among other data, the time drivers spend at busy intersections during peak and nonpeak hours, as well as ways to diminish those time frames.

Gonzalez said modeling the data once numbers are collected should be fairly quick, as it will come down do inputting the numbers. Models should be available for analysis by February, he said. As a safety measure up until the project is complete a temporary median along RM 620 could be installed as soon as soon as a few months after the traffic study models are created.

Council members and Gonzalez highlighted several problematic intersections on RM 620 as it traverses Lakeway, including the right-turn lane that appears just before Lohmann’s Crossing and the left turn to the Belmont Village Senior Living Center.

Internal connectivity and the RM 620 widening

As the RM 620 widening project gains momentum Lakeway will need to be proactive about financial options for its internal road connectivity that includes infrastructure such as bike paths, sidewalks, roads and power lines, Cox said.

“We’ve got some roads and infrastructure that we need to think about over the next five years,” Cox said, highlighting several vantage points within Lakeway, including Serene Hills and Lakeway Boulevard, roads that are already fairly narrow and will only gain more traffic as the RM 620 widening unfolds. “I’d like to see us get into the driver’s seat honestly, in these conversations of figuring out how to get these roads through.”

Fowler presented a fourth option in the form of development agreements. He said those are the preferred approach due to the flexibility they provide. Cox emphasized that financing choices don’t have to be limited to one or another, and ultimate plans for financing could combine a couple of options. Council took no action on any financial options for road and infrastructure plans outside of RM 620 but agreed to continue exploring options.

Cox said there are primarily two next steps for city officials to consider as they move forward: One is to consult with Lakeway’s Comprehensive Plan Steering Committee, and the other is to start having exploratory conversations with key figures within Lakeway who might play the biggest roles in coming infrastructure plans.

“I would expect if we want to prioritize lists, it’s probably summer of 2019 for identifying the infrastructure pieces [that will be earmarked as ancillary transportation projects], and then us exploring with different developers, we will know more from them in the spring so then we can start piecing some of this together,” Cox said. “It’s a big monster."
SHARE THIS STORY