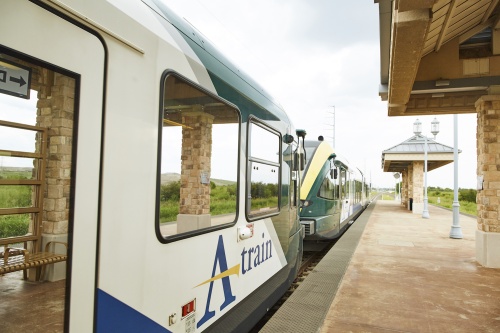 Denton County Transportation Authority President Jim Cline has officially resigned, according to a DCTA press release that was sent out today.

DCTA's board of directors has posted a special called meeting for Sept. 4 at 3 p.m. to discuss the immediate next steps for the agency.

“The DCTA board of directors plans to consider and take action on Mr. Cline’s resignation on Tuesday,” said Nicole Recker, DCTA Vice President of Marketing and Communications, in the release. “Our board is committed to identifying a successful plan of action that will enable the agency to continue to be a leader in advancing public transportation.”

This week the Denton Country Transportation Authority confirmed Jim Cline is no longer the president of the agency.

Cline had been working with DCTA since March 2010 when he assumed the duties as president.

DCTA would not respond to Community Impact Newspaper as to whether Cline departed on his own. However, one of the DCTA board members issued a statement.

Nicole Luna contributed to this story.