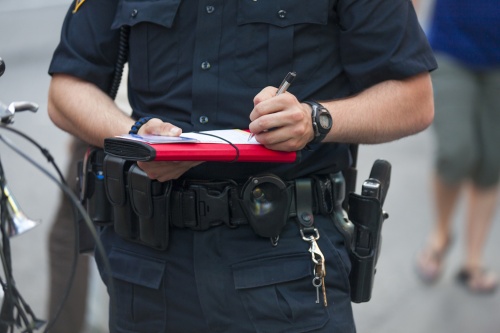 PfISD is engaged in ongoing negotiations regarding an interlocal agreement between the school district and Pflugerville Police Department.

New technology that expedites the process of writing citations and crash reports should be operational in police cars across Richardson by early next year, according to Chief Jimmy Spivey.

"Whenever we can give back to the community, especially in terms of auto safety, we try our best to make that happen," she said.

A $100,000 grant will help the Richardson Police Department pay for 30 personal digital assistants, or PDA devices. The remaining funds will be obtained through supplemental sources, Spivey said.

"State Farm has been so generous with us that we are going to find the funding one way or another," he said.

Recent legislative changes led to the removal of a provision that allowed in-car cameras to record certain demographic information. As a result police officers are now responsible for recording much of that information by hand, Spivey said, slowing the process of ticket writing and crash reporting and increasing the risk of secondary accidents.

"Instead of having to record all the data from the car [officers] will be able to scan the VIN [vehicle identification number] and use the driver's license swipe, and that will populate a large majority of the data we need on crash reports," Spivey said.

Decreasing the frequency of accidents and thereby limiting the number of insurance claims is beneficial for State Farm, Wagner said, so it did not take much convincing to sell the company's leadership on providing the grant.

"Even considering the large dollar amount it sailed through very easily," she said. "We saw the value of what we were going to be doing with the community."

Spivey said he is confident the new equipment will elevate daily operations.

"We were looking for a faster process and quite frankly one that eliminates a lot of hand entries, so we think the accuracy of our reports will be much higher," he said.