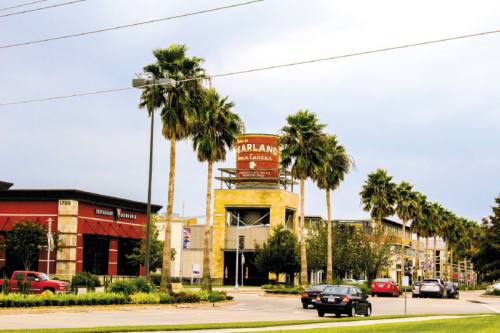 The city of Pearland had a good Christmas, collecting 10 percent more in sales taxes from December sales, putting the city above its budgeted revenue projection by almost 5 percent, according to a report compiled by the city. The trend follows a similar increase statewide.

Pearland tracks sales tax revenue monthly, with figures delayed by two months, so February revenues are calculated from December sales. This year, the city collected over $3.67 million for the month, compared to about $3.32 million last year. Since the fiscal year began in October, Pearland has collected $14.19 million in sales tax revenue, compared to almost $13 million for the same period last year.

Driving a good portion of the increase was retail sales, according to the report.

"I would attribute that to the variety of choices we have as well as the ease of getting in and out of our shopping areas," said Carol Artz-Bucek, president of the Pearland Chamber of Commerce.

On a rolling 12-month comparison, Pearland is trending 4.8 percent over the previous 12 months. By comparison, League City and Baytown are enjoying double-digit increases, while Sugar Land has fallen 4.2 percent, according to the city report.

According to the Texas Comptroller's office, the state's sales tax collections for December were up over 12 percent, attributed in part to post-Harvey auto sales and rebuilding efforts.