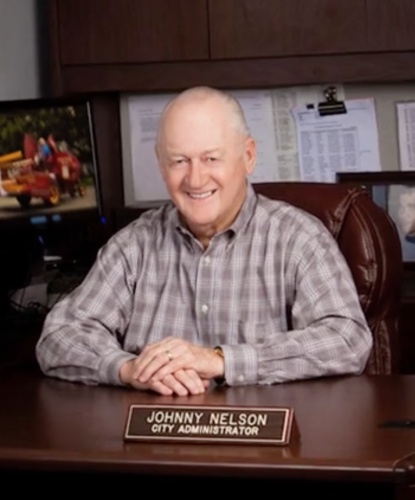 Katy residents are mourning the loss of former Mayor Johnny Nelson this week—a man whom City Police Chief Bill Hastings said “loved the city of Katy more than anybody I ever met in my life.”

He presided over the city through major growth and development and was a part of the effort to bring Katy Mills mall to town, Community Impact Newspaper reported when he retired.

“It’s a pleasure to work for this city and to work with all the city employees,” Nelson said at the time. “It’s just been great. I’ve enjoyed every minute of it.”

Coming from a faming family, Nelson worked to ensure the city’s agricultural heritage was preserved. He provided much of the artifacts and memorabilia in the Katy Heritage Museum and was involved in numerous city committees, Hastings said.

He knew the former mayor for 44 years and began working for him as a police officer in 1984. Hastings said he missed him already and is expected to be a pallbearer for the funeral.

“He was very outgoing,” Hastings said. “He never met anybody he didn’t like.”

Nelson was, in various capacities, involved with the Katy Rotary Club, the Tri-County Optimist Club, the Katy Chamber of Commerce, Katy FFA, the West Harris County Water Authority and Katy Savings & Loan, according to his obituary.

City Council also shared remarks on Nelson’s death during its regular meeting Jan. 22. Council Member  Steve Pierson said that unless Nelson was working he could usually be seen in overalls and a cowboy hat.

In honor of Nelson’s grandson, Gary Nelson said the family is inviting those wishing to make donations to contribute to the Immune Deficiency Foundation, 110 West Road, Ste. 300, Towson, Maryland 21204.