Water rates, TxTag issues and more: 5 things to know in Round Rock, Pflugerville and Hutto the week of July 24 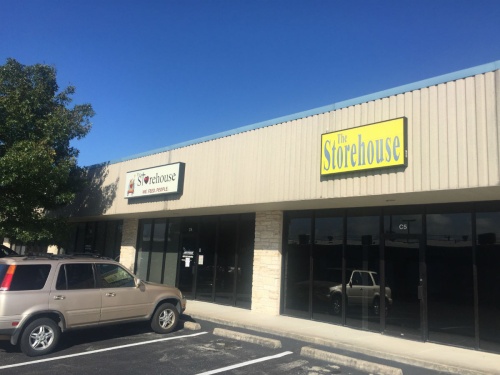 The Storehouse closed its doors on July 15.

1. The city of Round Rock will take a firm stance on legislation going through the special session at its Tuesday morning packet meeting. Mayor Craig Morgan previously indicated interest in passing a resolution admonishing bills that subvert the power of local control from cities and is expected to propose a related resolution. The council will also hold a city council meeting Thursday night and discuss a number of real estate deals that will allow Round Rock to continue construction on the Brushy Creek Trail Project, improvements to RM 620 and University Boulevard.

2. The city of Pflugerville will meet on Tuesday night for its regularly scheduled city council meeting to discuss proposed water and wastewater rates for the coming year. In addition, the city will discuss finalizing an agreement with the Capital Area Council of Governments to continue an air quality program. The program's funding was vetoed by Gov. Greg Abbott following the regular legislative session, causing CAPCOG to ask local governments for money to supplement the program. Williamson County and Round Rock have already agreed to contribute funds for the project.

3. Last week, The Storehouse announced it would be closing its doors in Pflugerville after serving nearly 800 families each month it was in operation. Owner Jack Cochrun said the food bank had to close because of a lack of funding.

4. TxTag announced customers were experiencing major issues with bills and errantly issued violations. The company encouraged customers with these issues to contact the company that issued their toll tag and file a complaint so any wrong charges could be disputed.

5. On last Tuesday, the Texas legislature kicked off a 30-day special session, with 20 issues to take up, per Gov. Greg Abbott's orders. The Texas House has slowed the pace of the session down, only taking on an issue related to sunset legislation in its first week. The Texas Senate, by contrast, started off quickly, met over the weekend and passed 17 of Abbott's charges out of committee. Both chambers meet again Monday.
SHARE THIS STORY