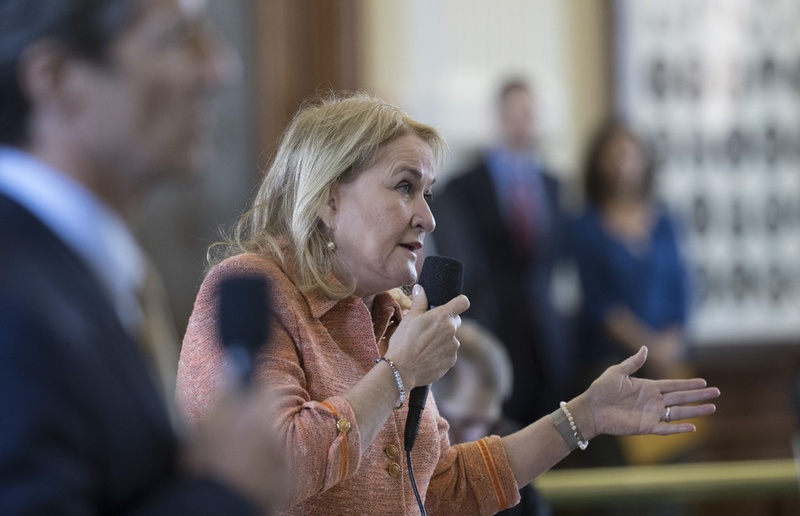 On the opening day of the special session of the Texas Legislature on Tuesday, over the cries of Senate Democrats, Lt. Gov. Dan Patrick took a step to fast-track two bills reauthorizing the Texas Medical Board and four other state agencies jeopardized by inaction during the regular session.

The Senate must first pass those bills before moving on to other items eligible for consideration, including the legislation championed by Patrick regulating bathroom use for transgender people.

After overruling objections from Democrats, the Republican lieutenant governor referred the bills to committee, which promptly — and unanimously — approved them.  The full Senate must still vote on the bills, which is expected to happen Wednesday.

Democrats said Patrick’s move limited the public’s ability to weigh in on the legislation, without which, a letter from the Texas Medical Association sent to lawmakers Monday warned, the state’s ability to safely license and discipline physicians would be impeded.

“I would err on the side of making sure that the public did have input on every step of the legislative process,” said state Sen. Sylvia Garcia, D-Houston, during debate on the floor. “We are trying to move the people’s business forward without the people’s input.”

“I think delaying and not expeditiously going forward to save these agencies makes little sense and is a waste of taxpayers' money.”

Gov. Greg Abbott was forced to call lawmakers back for up to 30 more days to avoid the shutdown of the medical board and four agencies, which became hostages in a war between the House and Senate. Also caught in the legislative crossfire were agencies that license therapists, psychologists, counselors, and social workers.

Part of Patrick’s play Tuesday included a rare procedural maneuver that involved overriding state Sen. José Rodríguez’s “tag” on the bills, which would have required 48 hours' notice for them to be considered in a committee hearing. According to Senate Democrats, it is a rule practiced in the Senate since at least 1939.

Rodriguez, D-El Paso, accused Patrick of cutting off discussion on important legislation “so that we can talk about what bathroom transgender people should use” in a fiery statement issued after the debate.

In addition to the sunset bill, Abbott also put 19 other items on the special session agenda, including the “bathroom bill,” the topic that inspired the showdown between the House and Senate in the first place.

Patrick has been the fiercest champion of proposals that would regulate bathroom use based on "biological sex," which would keep most transgender Texans from using bathrooms that correspond with their gender identity.

Procedurally, the Senate — which Patrick has promised will go “20 for 20” in approving the governor’s agenda — must first pass the sunset bills before turning to the other bills.

A House committee is scheduled to take up its version of the legislation Wednesday.

Shannon Najmabadi contributed to this story.

Appointments will be available the week of Jan. 25.

The Tomball Economic Development Corp.’s Business & Technology Park and residential communities Albury Trails and Alexander Estates—which is currently under construction—are near the property.