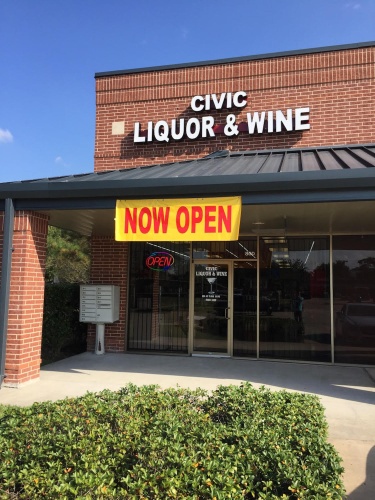 Show map
A second location of Civic Liquor & Wine opened at 15202 Mason Road, Ste. 800, Cypress on Nov. 4. Owner Sarphonn Paul said this second location moves her business closer to home, because she is from Cypress.

The store sells a large variety of wine, liquor and beer, including many local selections. Paul said the store’s selection of whiskeys in notable because of its variety. 713-686-9463.
SHARE THIS STORY