Thalassia is a nonreleasable sea turtle that was hurt by a boat.

contribute today
Show map
Sea Life Grapevine is celebrating the first anniversary of the Sea Turtle Rescue Center. The facility opened May 5, 2018, at 3000 Grapevine Mills Parkway, Grapevine. The Grapevine aquarium is the first Sea Life in the U.S. to be permitted to rehabilitate sick and injured sea turtles and release them back into the wild through partnerships with Animal Rehabilitation Keep, the U.S. Fish and Wildlife Service and other Texas coast sea turtle hospitals.

The first sea turtle to be rescued and cared for in the facility, Pancake, was released Sept. 28 back to the ocean. Frio, a green sea turtle, stayed at the Rescue Center for six months before being released March 28. Now the newest patient, Waffles, is ready to meet visitors at the Rescue Center after having tumors removed. At the Rescue Center, guests are taken on a journey of learning how to rescue sea turtles and get to meet the turtles that have been rescued in real life and are recovering after operations. 469-444-3050. www.visitsealife.com/grapevine
SHARE THIS STORY 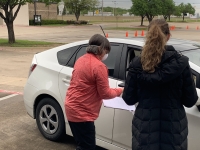 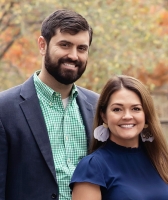 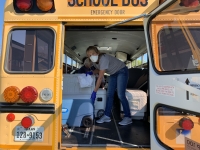 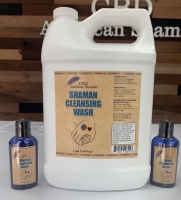