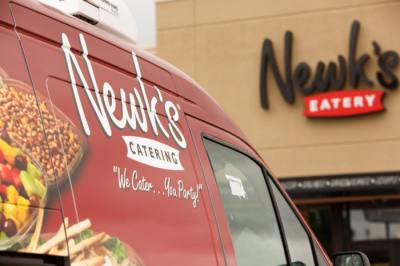 Show map
A spokesperson with Newk's Eatery confirmed the chain restaurant in San Marcos has closed its doors.

The spokesperson said it was the franchisee's decision to close.

Newk's also has locations in New Braunfels and Austin. www.newks.com
SHARE THIS STORY