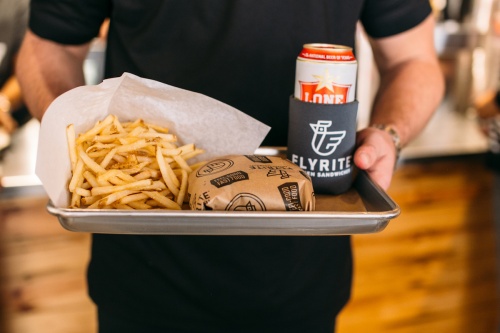 Flyrite Chicken is opening a location inside the Austin-Bergstrom International Airport.

According to a City of Austin Aviation Department spokesperson, The Peached Tortilla, Mad Greens, Departure Lounge, Berry Austin Frozen Yogurt and JuiceLand are some of the new concepts coming to the East Food Court, located across from Gates 7-8. Construction on these is expected to begin later in 2017.

Across from Gate 12, renovations to the food court are estimated to begin in early 2018. This will include construction of a Hat Creek Burger Company, Mandola’s Italian Kitchen, Flyrite Chicken and renovations to Amy’s Ice Cream. Other terminal food venues include Hut’s Hamburgers and Tacodeli.

Restaurants currently under construction include the Salt Lick Bar-B-Que expansion, Second Bar+Kitchen and IVINI’s Italian, which are expected to be open by the end of the summer.