Editor's note: The article was temporarily taken down. The story has been republished in line with Community Impact Newspaper's policy on content removal.
Correction: This article has been updated to clarify county departments have requested $13.7 million for new programs.

Ahead of Montgomery County's July budget sessions, Community Impact Newspaper sat down with county Treasurer Melanie Bush to find out about the county's monetary priorities for the upcoming year.

Bush said this year, the budget office's line item for new programs clocks in at $5 million, mostly due to new staff requests and other items such as patrol cars.

However, all county department requests for new programs add up to $13.7 million, according to county documents.

This means it is likely that $7 million to $8 million could be up for debate during county workshops next week.

Although Bush said most departments she has spoken with so far are accepting of what money they have been awarded for next year. Public safety is expected to be controversial because countywide, law-enforcement departments including the sheriff and constables are requesting about 50 new staff positions, county officials said at the July 9 County Commissioners Court.

"The major thing is going to be law enforcement," Bush said.

The court has a few new members elected in November, including County Judge Mark Keough. One of his first moves as judge was to reduce his own salary.

She said when officers are understaffed and unable to respond to every emergency, she believes some criminals can get away and can commit future crimes—but she believes everything boils down to the mental health of future generations.

"We have seen that mental health issues are not being focused on to the fullest extent state and countywide," Bush said. "You can see the beginnings of it in those elementary kids, and you can teach them the coping mechanisms there."

She said a Tri-County Behavioral Healthcare services program works with Conroe ISD helping kids who do not always have a supportive family at home or food on the table due to working two jobs or broken homes. It is not a county-funded program.

"Long term, the solutions like CISD has put in with Tri-County services helps law enforcement," Bush said. "Giving [students] the tools they need to be better and more productive citizens, they will be less likely to commit crimes in the future. Benefits from the Tri-County program that started last year will be seen in 10-15 years."

Intended to help keep the budget tight while updating necessities, Montgomery County approved and paid $15 million in 2018 for new finance software, which Bush said her department is now testing and ramping up for a rollout.

The county currently uses an outdated financing system created in 1992 that requires manual time clocks, paychecks and expenses input for 2,500 employees, but the new software will be cloud-based with real-time updates and allow updates such as more convenient and accurate time clocks.

Bush said her department is expected to dedicate three full-time employees to implement and roll out the software, including training everyone.

She said her department has been reorganized since she came into office to make it as efficient as possible with such a manual system.

"What I'm asking the court for is what I feel is truly needed to be able to perform all of our statutory duties, as well as bring us in to 2019 with regard to the finance system," Bush said.

Bush said she expects to roll out the new software throughout county departments in two phases by spring 2020.
SHARE THIS STORY

HCA Houston Healthcare Kingwood aims to be the first trauma center in the Lake Houston area as officials confirmed the hospital is actively seeking a Level II trauma designation as of Feb. 17 with the Texas Department of State Health Services. 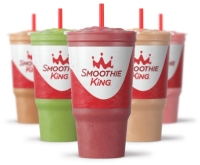 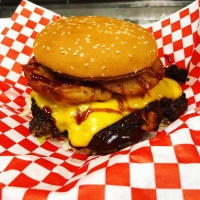