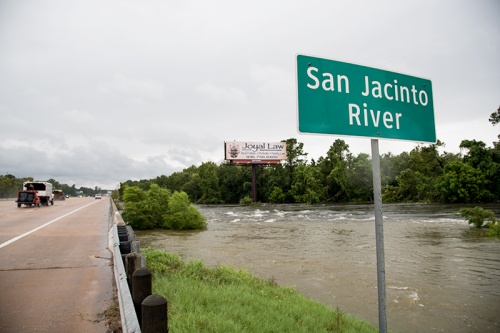 Montgomery County announced Tuesday that the county will seek federal funding for a countywide flood mitigation study and other mitigation projects.

Montgomery County will seek federal funding for a flood mitigation study and potential reservoir projects, County Judge Craig Doyal said in a statement Tuesday. The creation of a reservoir could reduce flooding downstream of Lake Conroe.

"A look at the recent volumes of water in our watersheds demonstrates that Cypress Creek, Lake Creek and Spring Creek, along with the San Jacinto's west fork and other creeks, played a major role in Harvey flooding," Doyal said in a statement. "Studying these watersheds may help identify projects that could impound water during heavy storms and help reduce flooding."

The study would examine Montgomery County watersheds—including Cypress, Spring, Peach, Caney and Lake creeks as well as the west fork of the San Jacinto River.

County commissioners voted Tuesday to send a request to Rep. Kevin Brady for federal funding for the flood mitigation study and necessary projects. According to a statement, a proposal by engineering firm Huitt-Zollars estimates the study could cost $1.25 million in addition to $95.5 million for flood mitigation projects. However, Doyal said actual costs could exceed the initial estimate.

Montgomery County has sustained major flooding three times in two years, including the April and May 2016 floods in addition to Harvey this August.

Montgomery County was awarded a $460,000 grant in October 2016 from the Texas Water Development Board to begin a countywide flood mitigation study.

"We cannot build reservoirs on our own," Doyal said.

View the peak inflows across the San Jacinto River basin during Hurricane Harvey, Aug. 25-30, below.