The Sugar Land 95 were reburied where they were found on the James Reese Career and Technical Center grounds. (Claire Shoop/Community Impact Newspaper)

A comprehensive report on the Sugar Land 95—the collective name for the remains of the 95 bodies unearthed in 2018 during the construction of Fort Bend ISD’s James Reese Career and Technical Center—was submitted to the Texas Historical Commission in August.

The report, authored by a number of researches and prepared by Goshawk Environmental Consulting—the firm that led the exhumation efforts—documents the discovery, historical context and archeological findings associated with the Bullhead Convict Labor Camp cemetery.

“The finalization of this report marks an important milestone in the ongoing efforts to educate the community about the Sugar Land 95 and the atrocities of the state-sanctioned convict leasing system,” said Jason Burdine, former FBISD trustee and board president, in a district press release about the report.

Who the Sugar Land 95 are

The remains—believed to be 94 men and 1 woman—are likely those of convicts who worked and died at the Bullhead Convict Labor Camp, according to the report.

Texas’ convict labor leasing program—where private companies leased the work of prisoners to private individuals and corporations—was established following the end of the Civil War and the abolition of slavery and is seen as an extension of slavery.

According to the report, the practice of convict leasing was perpetuated by the 13th Amendment, which reads: “Neither slavery nor involuntary servitude, expect as punishment for crime, whereof the party shall have been duly convicted, shall exist within the United States, nor any place subject to their jurisdiction.”

Bullhead Camp and the subsequent cemetery were located on land formerly known as the Sartartia Plantation, which was owned by Littberry A. Ellis, who was in the business of leasing prisoners and purchased agricultural fields that used this labor throughout Fort Bend County.

Using historical documents from the Texas State Penitentiary and death records from Fort Bend County, the team of Sugar Land 95 researchers was able to compile a list of 71 men who worked and died at the Bullhead Camp between 1879-1909. 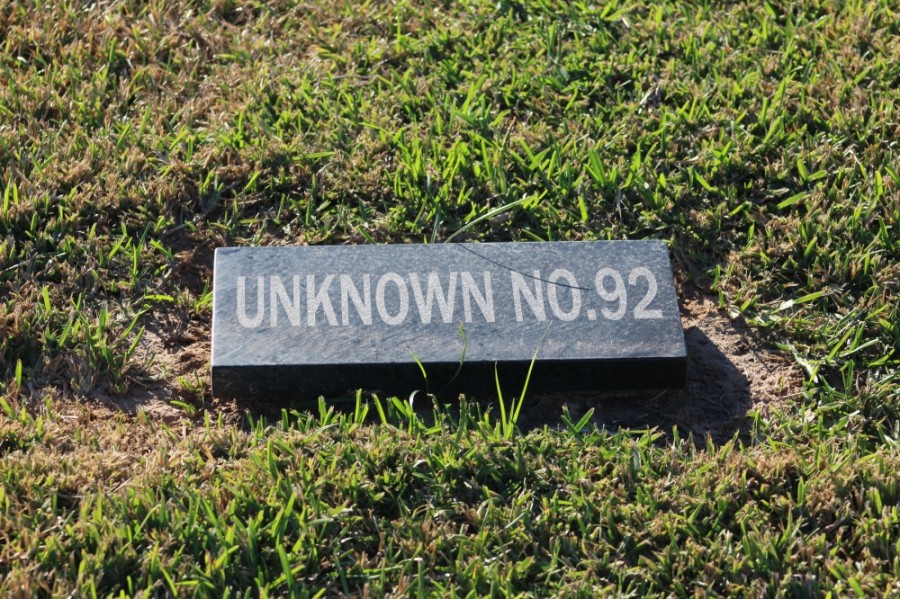 The report states further ancient DNA analysis—a process through which a DNA test connects a living descendent to the discovered remains and working backward using genealogical records—is necessary to match the names of people known to have died at Bullhead Camp to individual remains found at the cemetery.

Fort Bend ISD, along with the State Board of Education, is working to cement the Sugar Land 95’s place in curriculum so future generations of students learn both about the discovery of the remains and the historical context of the convict labor leasing system.

Chassidy Olainu-Alade, FBISD’s coordinator for community and civic engagement, said convict labor leasing is a hidden part of history, one not mentioned by current textbooks.

“That’s why this report is important because it fills that gap,” Olainu-Alade said.

Fort Bend ISD wrote the Sugar Land 95 into its local history standard, which was first implemented during the 2019-20 school year.

“The Bullhead Camp laborers played a fundamental role in building Fort Bend County and the city of Sugar Land, and we remain committed to bringing awareness to their lives and legacies, and revealing the true story of the injustices and exploitation associated with the system of convict leasing,” Burdine said in the release.

Furthermore, the district worked with the SBOE to get the Sugar Land 95 included in the course curriculum and standards for an African American history class, which was approved in April and is being offered in the 2020-21 school year.

“When I heard the story [of the Sugar Land 95], I was very moved by it,” said Pat Hardy, a representative on the SBOE. “It needed to have a place in our history because one, it was Texas, and two, it explained a lot of things that happened to African American people in the state of Texas.”

Rogers said the Fort Bend History Association is working with Olainu-Alade to put together a public-facing exhibit on the Sugar Land 95 for the Reese Center.

A formal memorial service for the Sugar Land 95 was initially planned for this spring but was canceled due to the COVID-19 pandemic. The district and Fort Bend Historical Commission are working to have the cemetery recognized as a historic cemetery.