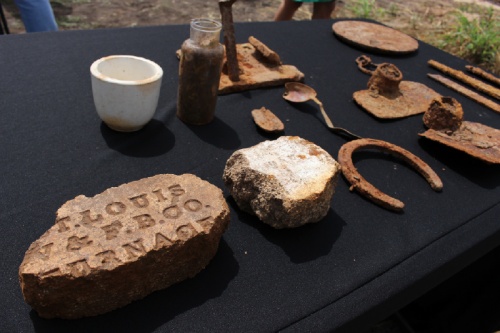 Fort Bend ISD has been named in another First Court of Appeals case regarding the Sugar Land 95.

In late 2018, FBISD was involved in a 434th District Court process regarding where to rebury the Sugar Land 95–the human remains discovered at the district's James Reese Career and Technical Center construction site in early 2018. The case eventually was escalated to the First Court of Appeals.

The following letter was filed Sept. 23 to the court of appeals by Scott West, a Sugar Land-based attorney: During the Sept. 23 FBISD board meeting, Superintendent Charles Dupre addressed this letter before the public comment portion of the meeting began.

“In no way can our plan just be described as a mass grave, and for someone to describe it as such is incomprehensible and in my view disgusting and hurtful not only to this community but to the Sugar Land 95,” Dupre said. “They are not a political football.”

During the same meeting, the board approved a contract with Missouri City Funeral Directors at Glen Park for reinterment services for the Sugar Land 95. The plans include individual caskets as well as a numbering system so each person can be identified in their individual grave down the road, if necessary.

Richmond attorney Mike Elliott, who served as an impartial assistant to the district court in late 2018 when decisions were being made about where the human remains should be reintered, said he does not feel like the district has the authority to make these decisions regarding reinterment.

However, Amanda Bubela, FBISD's director of external communications and media relations, clarified the letter from West does not affect the contracting process for Missouri City Funeral Directors. The court of appeals has stayed—or suspended proceedings—on the actions by the district court on three occasions, and that is still the case, Bubela said via email.

"Following the action taken by the board [Sept. 23], the administration will continue negotiating the contract with Missouri City Funeral Directors and then plan the appropriate memorial ceremonies," she said.

West and Elliott feel the district should work more with the county since House Bill 4179 was passed this year granting Fort Bend County authority to own and operate the cemetery. The county is still in negotiations with the district regarding the transfer of land ownership to the county.

Dupre said during the board meeting the district has listened to the community and modified the final construction plan to avoid building over the site where the remains were discovered. He also said he is appreciative of the county's involvement thus far.

"We are thankful to the county for stepping forward and joining us for possible future memorialization," Dupre said. "However, to be clear, with or without an agreement with the county, our plan is to reinter these individuals at the site at which they were found."

During the school board meeting, several people spoke during public comment against moving forward with reinterment of the bodies at all, citing DNA links as a common concern. Should living descendants be found, residents worry the remains would need to be exhumed again.

However, board member Addie Heyliger said during the board meeting there is no way to know how long identification of descendants could take.

“For me personally, to honor the bodies is to not have them [exhumed] where they are today,” Heyliger said. "I really would like for someone to tell me why it’s better to keep them out and wait indefinitely for a [DNA] match.”

Dupre reiterated the district’s intent has always been to rebury the Sugar Land 95 in the most respectful and dignified was possible. Reintering the remains on school grounds is a shift the district made in early 2019 in response to community feedback that the remains should not be reburied elsewhere.

“This is a sentiment of the community, and for Mr. West and Mr. Elliot to say otherwise illustrates their unwillingness to understand that and begs the question of their motives,” Dupre said. “They are out of touch and they have been repeatedly told by the court of appeals to stop.”