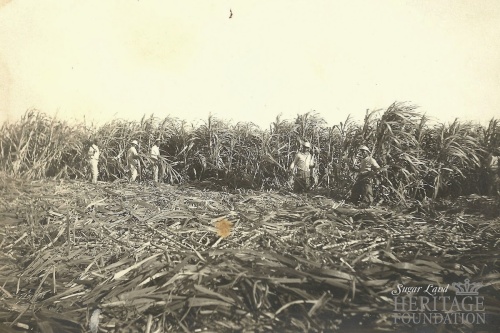 The Sugar Land 95 are one step closer to their final resting place.

Eight people spoke out during public comment against an item the Fort Bend ISD board of trustees had listed on the Sept. 23 agenda regarding a contract with Missouri City Funeral Directors at Glen Park for reinterment services for the Sugar Land 95.

The roughly $284,000 contract, which was initially discussed during an Aug. 16 meeting and unanimously approved during the Sept. 23 meeting, is a step toward finally laying the Sugar Land 95 to rest. It includes burial vessels, a marker system and headstones.

“We had a lot of people come and speak to us this evening, and this has been quite a long drawn-out process,” Board Member Kristin Tassin said. “It’s been about a year and a half since the first bone was discovered. I was board president when that happened so was privy to a lot of conversations and early decision-making and things that were brought to this board. All the decisions we made were in the spirit of doing what was right and proceeding with dignity and with as much care as we possibly could.”

The Sugar Land 95 refers to the human remains belonging to 95 people that were discovered on FBISD’s James Reese Career and Technical Center construction site in early 2018.

Since the discovery, archaeologists have collected DNA samples from each set of remains, in hopes of one day linking living descendants to the Sugar Land 95, who are believed to have been part of Texas’ convict labor leasing program in the late 1800s through early 1900s.

With the reburial of the remains that were exhumed last summer, the board proposed hosting a preburial ceremony and blessing along with a post-reburuial memorial ceremony.

Terry Collins, who spoke during public comment, said she worries the ceremonies could be disrespectful because there is no way to know what religious background the 95 souls had or what their descendants practice.

No DNA links have been made yet. However, the district has commissioned the Texas Archaeological Research Laboratory at The University of Texas at Austin to conduct testing. Meanwhile, community members have been scouring archives of Texas prison records and have found the names of 64 individuals who were in this particular labor camp at some point, district officials said Aug. 16.

Sam Collins, who also spoke during public comment Sept. 23, said he is against reintering the bodies right now and in favor of working with the county.

“Fort Bend ISD has the legal right to make the decision tonight to approve, but we know that slavery was legal, Jim Crow was legal, segregation was legal, but it wasn’t right,” said Sam, who is on the board with the National Trust of Historic Preservation. “Just because you have a legal right, and you have been advised by your counsel to do it. The world is watching.”

Reginald Moore, a local activist and president of the Convict Leasing and Labor Project, who had warned the district there might be historic human remains at the site before construction began, also spoke during public comment, saying he felt the district should have known they would find human remains on the site.

“Mr. Moore did bring to our attention that there were potentially bodies on that site, and therefore we did take steps to ensure that either there were none or if we found something that we preserved that cemetery,” Tassin said.

Tassin said she feels the board has done all they can to be completely transparent and open during this process.

“We have done everything we could to be transparent and tell the truth every step of the way,” Tassin said. “We can’t make anybody believe it, but there is plenty of public record, public discussion, court records and filings that show the steps that we have taken and show what the truth is.”