Klein ISD's new Elementary School No. 33 was officially named Fox Elementary School during a Feb. 10 board of trustees meeting. The elementary school will be located at 4800 Port Aegan Drive in Spring and is expected to open in fall 2020. As previously reported by Community Impact Newspaper, Lakita Combs will serve as the school's principal.

Additionally, the preferred zoning option presented at the Dec. 9 board meeting was approved as the final recommended zoning plan to accommodate the new elementary for the 2020-21 school year.

As previously reported by Community Impact Newspaper, public zoning committee meetings were held by KISD last fall, during which seven rezoning options were presented to the public and the board of trustees. A preferred elementary school rezoning option was presented at the Dec. 9 board meeting that was expected to alleviate future overcrowding, but raised concern over the stability of certain school programs. 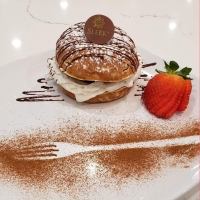 Owned by husband and wife Paul and Debbie Gainor, the local pizzeria first opened in a 1,200-square-foot-space in 2000 at the corner of Kuykendahl Road and Cypresswood Drive before expanding and relocating to its current location in 2017.