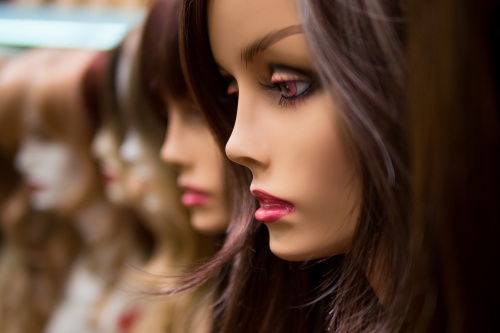 Nearly one week after the city of Houston rewrote an ordinance to effectively ban the operation of “robot brothels” in city limits, activists opposed to human trafficking approached Harris County Commissioners Court Oct. 9 to ask the county to ensure those business operators do not move into less-regulated, unincorporated parts of the county.

Speakers who registered to discuss the topic said the business model, which allows customers to engage in sexual activity with anthropomorphic devices, can lead to further exploitation of women and children.

Beau Abdulla, founder of the nonprofit organization Love People Not Pixels, expressed concern about similar businesses moving into unincorporated Harris County after the city of Houston made it impossible for a “robot brothel” to operate. The mission of Love People Not Pixels is to reduce demand for commercial sex services, Abdulla said.

“I don’t think there’s one commissioner [who] wants that to move into your precinct,” Abdulla said.

Although the county does not have the ability to pass ordinances, it can regulate sexually oriented businesses, Robert Soard, the first assistant county attorney, said at the meeting.

Emmett said the county attorney will seek clarification before the next commissioners meeting on Oct. 23.

“Because of changing technology it might be a good idea to amend the current sexually oriented business regulations, and we’ve already drafted language mirroring the city of Houston and discussed this matter with the sheriff, who has primary responsibility for enforcing those regulations,” Soard said.

Updated regulations could be ready in time for the next commissioners meeting, a representative from the Harris County sheriff’s office said.

The sale of the anthropomorphic devices is not prohibited in the city or the county, officials said.

Another representative of Love People Not Pixels, Joe Madison, said the business in question in Houston was classified as retail, and urged county officials to be aware that not all potential brothels are businesses currently classified as sexually oriented.

“This is Plan B for businesses like the one that is getting pushed out of Houston,” Madison said.

Three additional speakers addressed the topic of human trafficking in the Greater Houston area and how other sexually oriented businesses feed into the demand for those activities.

“This points to a larger issue,” said David Gamboa, communications director for Elijah Rising, an organization that aims to end human trafficking. “I look to the owner of this brothel and it said that Houston has a healthy market; and it’s true, there are over 300 illicit massage parlors in Houston.”

Gamboa said he hopes discussion of the issue will raise awareness of human trafficking in the area.

“Media all around the world has been talking about this robot brothel thing, but we welcome the attention because we need it on behalf of the women and children who are being exploited,” Gamboa said. “I believe we can do whatever is in our power to bring the end of this injustice.”