Read about how the historic winter storm is affecting the Houston area.

Houston airports shut down due to weather conditions

As much of the city became blanketed in snow and ice overnight, Houstonians faced the coldest temperatures since at least 1989, meteorologists reported Feb. 15.

The city has not called a boil water notice, but it could become necessary if water is not conserved and pressure dips, Houston Fire Chief Sam Peña said.

Vaccinations are postponed and roads close as Montgomery County feels the effects of a February winter storm.

Fort Bend County officials are urging residents to stay indoors, keep off the roads, and check on their neighbors and loved ones in the hazardous winter conditions.

Missouri City officials are urging residents to stay off the roads, care for neighbors and pets, and conserve electricity.

Katy-area residents awoke to freezing temperatures and a blanket of snow Feb. 15 thanks to a winter storm that brought frosty weather to the region.

Cy-Fair residents woke up to a blanket of snow on Monday morning.

The city of Pearland has canceled its public meeting for Feb. 15 as the city experiences inclement weather.

As of the morning of Feb. 15, snow has mostly stopped falling, but cold remains a factor. Check out photos from local residents of the snowy start to the week.

A winter storm warning remains in effect for the Houston area until 6 p.m. Feb. 15.

According to the National Weather Service, a winter storm warning remains in effect for Houston until 6 p.m. Feb. 15.

The joint project is estimated to cost $8.8 million between Harris County Precincts 3 and 4.

Local business and restaurant owners say no one is applying—and the few that do, don't come back.

Owned by Sugar Land resident Noor Hermani, the shop offers a variety of treats and trinkets. 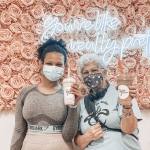 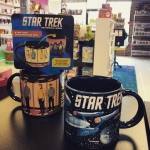 Here is a roundup of business news from around Clear Lake and League City.