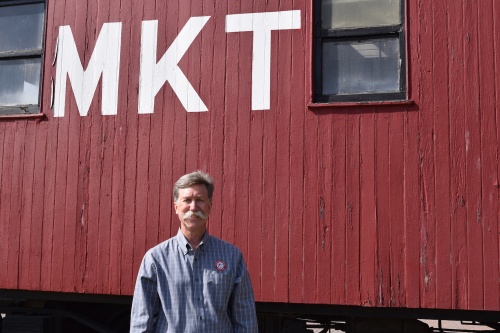 Katy's Mayor Pro Tem Durran Dowdle will continue his tenure on City Council after the May 5 election.

City of Katy residents will see a few new faces on the City Council bench following Saturday’s election results. Newcomers Janet Corte and Chris Harris will represent Ward A and the At Large positions, respectively, on the council. Mayor Pro Tem Durran Dowdle will hold onto his council seat.

Corte won against incumbent Ray Boothe by taking 66 percent of the vote. Corte expressed her gratitude to Boothe for his service to the city and wished him well on future endeavors.

Corte said that, other than flood mitigation, her priority is going to be working cooperatively with Katy’s Planning and Zoning Commission to update the city’s building codes and the city’s plat.

“I want to thank everyone who believed in me and supported me in this race,” Corte said. “I’m going to work hard to represent the citizens of Ward A so that their voices are heard at city hall.”

Boothe expressed appreciation for Corte running a clean campaign and said he would be focusing on spending more time with his family and coaching baseball.

Dowdle won the election against challenger Sam Pearson with 62 percent of the vote. Of the 867 people voting in the election, 541 voted for Dowdle.

Dowdle previously served on the city’s Convention and Tourism Bureau and began his time on City Council in 2016. Dowdle said he will continue to work with the mayor to push for improvements to drainage infrastructure throughout the city.

“The flooding is what it is but we’ve got to do better in providing for [residents] the safety that the city can provide and to me that’s the bottom line,” Dowdle said.

Dowdle commended Pearson for running a good, clean and candid race over the last few months. Pearson said he plans to remain active on the city’s Planning and Zoning Commission and serving the city as best he can in that committee.

Harris faced Larry Gore and won with nearly 66 percent of the vote. Harris said his first priority coming into office, besides flood prevention, will be updating the city’s building and zoning standards. Harris said he wants to work with the Planning and Zoning Commision to update city building regulations.

“We need the community to catch up with modern standards and zoning,” Harris said. “[However,] the overriding issue is flooding.”

Read more about the city’s bond election by clicking here.