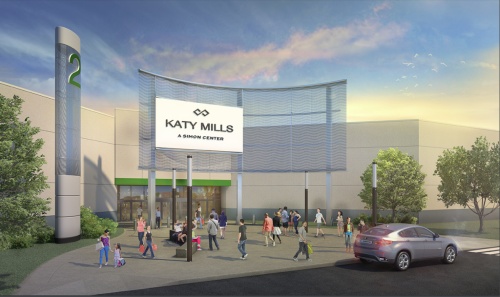 Katy Mills plans to have a new look for its exterior complete by the end of 2019.

The mall—located at 5000 Katy Mills Circle, Katy—has completed its interior remodel and started on improvements to its exterior, which are expected to be completed before the end of 2019, according to an Oct. 21 press release.

“These improvements were designed with our shoppers and retailers in mind, and we are excited to finalize the center’s fresh look with the exterior makeover just in time for the holidays," Katy Mills General Manager James Ross said in the release.

The mall will be open and operating during the renovations, per the release.

The multimillion dollar renovation project was first announced in March 2018. The interior remodel included updating the mall’s food court and color palette as well as installing a new movie theater courtyard and interactive Disney Jr. play area. Take a virtual tour of the remodel in the photo gallery above.