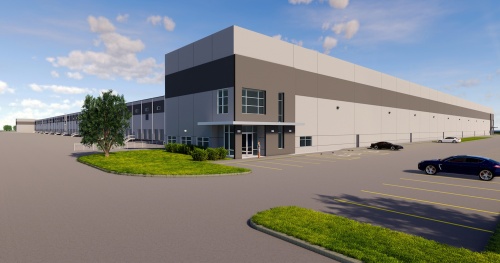 Clay Development & Construction Inc. will soon break ground on the first building of its upcoming business park in Waller County near the Igloo, Amazon and upcoming Costco buildings.

The Houston-based developer and construction firm will begin building a 620,000-square-foot distribution center in January, according to a news release. The property is located between I-10 and Highway 90, just west of Pederson Road, and construction on Pederson Distribution Center I is expected to be complete in August 2019.

Clay Development is the architect and contractor for the project, and Frost Bank is providing the construction financing.

In total, Clay Development owns about 106.6 acres to develop Pederson Distribution Park, according to the release. Once the distribution center is complete, the site has room for another 1 million square feet of industrial space.

No leases have been signed yet for the distribution center, a spokesperson said. John Simons, Gray Gilbert and Chris Haro of NAI Partners as well as Charlie Christ of Clay Development will handle leasing of the building, according to the release.

Clay Development anticipates high demand for its business park because the location is visible to about 46,000 vehicles daily from I-10 and serves a growing population of 16 million within a 200-mile radius.

“Retailers and distributors are looking for locations in the area to capitalize on the 12-percent population growth since 2010,” Robert Clay, president of Clay Development, said in the release. “We are meeting that demand with state-of-the-art distribution space in a high-visibility, highly accessible location."

The 2018 market value for the property is about $9.9 million, according to the Waller County Appraisal District. Clay Development's press release states that the company has owned the land since 2015, but WCAD shows an entity called One Hundred One Waller sold the property to an entity associated with Clay Development in 2013.