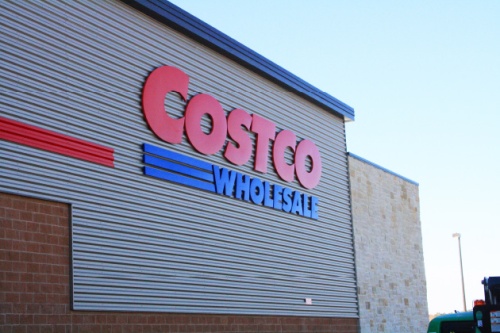 Costco's upcoming distribution center is one of several development projects in the Katy area for 2019.

Editor's note: Katy Mayor Chuck Brawner and Hines Managing Director Charlie Meyer responded to Community Impact Newspaper's request for comment around 2:15 p.m., Dec. 17. The story below, which originally published around 1:15 p.m. on Dec. 17, has been updated to reflect their comments. Additionally, the article was updated around 8:15 a.m. on Dec. 18 to clarify that Costco will build a distribution center, not a shopping center.

International real estate investment firm Hines and its land partner, Katy Partners LTD, sold the 150-acre tract on which they had planned to construct Pintail Crossing Business Park to an undisclosed buyer who will build a large distribution center, according to a press release.

According to Waller County records filed Dec. 11, Katy Partners sold the property—which is between the Igloo and Amazon plants—to Costco Wholesale Corp. Hines Managing Director Charlie Meyer confirmed the sale to a company that would build a distribution center but was unable to comment on the financial terms or the buyer.

The city of Katy annexed the 150 acres at its Dec. 10 City Council meeting but at the time was unable to provide additional details other than that a large brand-name distribution center would be built on the site due to disclosure agreements.

"We're happy to see the interest in the City of Katy," Mayor Chuck Brawner said now that the sale is public record.

He added that the land already has utilities and that the city is working with Costco to expedite the inspection process so that it can build a large distribution center as soon as possible. Although he did not know how large the facility will be, the number of jobs the development will create nor a timeline of the project, Brawner said the city was anxious to get the project off the ground.

"Some major companies are coming in[to Katy], and whatever [Costco builds] it's going to be a good economic development tool for us, and it will create some jobs—I just don't know how many," Brawner said.

Community Impact Newspaper has reached out to  Costco for more information, but a representative was not immediately available.

Hines' press release reiterated that the buyer will develop and own a large-format distribution center, and Boyd Commercial was awarded the listing of Pintail Crossing Business Park in May 2018—about when Hines ceased communication with the city of Katy to establish a development agreement, Brawner told Community Impact Newspaper on Dec. 13.

Hines gave a few more details in the press release about how it decided to cancel Pintail Crossing.

“In the midst of our planning effort for our Pintail Crossing development, we were approached by a user/owner whose interest was to own, rather than to lease the property,” Meyer stated in the release. “We at Hines, together with our landowner and partner, elected to move forward with the sale of the entire property rather than the planned phased development.”

Meyer told Community Impact Newspaper that Hines is actively seeking other opportunities in the Katy area.

"We think its a great long term industrial location, and we're hopeful that we'll find another project to work on in the near term," he said.

According to Waller County Appraisal District, New Jersey-based Katy Partners has owned the 150 acres off I-10 since 1995. The property's 2018 market value was $5.1 million.