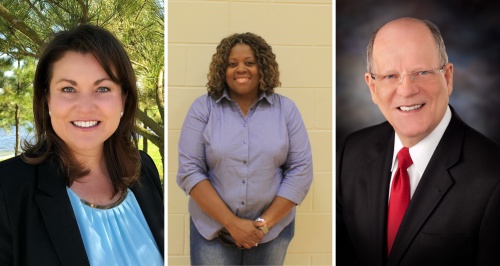 The race has begun for the Fort Bend County Commissioners Court 2020 election.

Precinct 3 Commissioner Andy Meyers confirmed May 22 he will run for re-election. The Republican was first elected to the seat in 1996. His current four-year term will expire at the end of 2020, and there are no term limits, according to the Fort Bend County elections office.

Additionally, Democrat Hope Martin said she made her formal decision May 19 to run for the position. Republican Wendy Duncan announced her candidacy in early March.

In an email, Meyers said he defends conservative principles, such as limiting government and not raising property taxes. He said he has worked on flood mitigation, public safety and transportation projects.

“As the most experienced Republican elected official in Fort Bend County, I intend to take the fight to the progressive left in my 2020 reelection campaign,” he said in the emailed statement. “I have stood with our grassroots, defended the values of life, faith and freedom, and as Fort Bend Republicans, we will be ready to repudiate the liberal agenda in 2020.”

Martin, meanwhile, is an Air Force veteran and works in administration at a nursing school, she said. Originally from Chicago, she has lived in Precinct 3 for almost four years and is currently living in the Firethorn area.

“I was disappointed with the outcome of Hurricane Harvey,” she said when asked why she is running.

Martin said her priorities are traffic mitigation, public safety, flood mitigation and transparency. She wants better communication between the court and residents as well as less money spent on lawsuits, she added.

Meyers said in the email he is ready for the challenges to his seat.

"I've known for quite some time that I've become an electoral target because of my platform for shrinking government and protecting taxpayers," he said in his emailed statement. "I'm ready for the battles ahead and we will fight to protect the Republican stronghold here in Precinct 3."

Note: This story was updated with a different photo of Wendy Duncan.