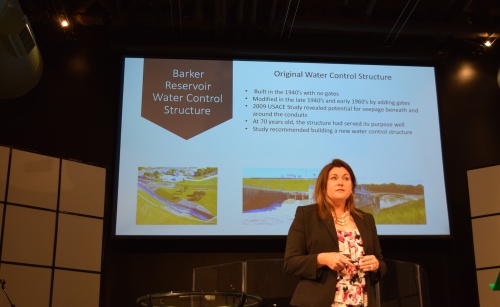 Wendy Duncan is a director of the Willow Fork Drainage District and co-founder of Barker Flood Prevention. She confirmed March 4 she is running for the Fort Bend County Precinct 3 seat.

Wendy Duncan said she is running for the Precinct 3 commissioner seat, a position held by Andy Meyers since elected in 1996, according to the Fort Bend County website. His term will expire at the end of 2020, and the Precinct 3 seat covers the Katy, Fulshear and Simonton areas.

A Fort Bend County resident since 2001, Duncan is a director for the Willow Fork Drainage District, a co-founder of the Barker Flood Prevention Advocacy Group and a co-owner of a rental home business.

“I have to [start my campaign early] because I believe that our current Commissioner Andy Meyers will probably run again,” she said, adding she made her final decision to run in November.

Meyers did not immediately respond for comment on whether he is running for re-election.

“We’ve been working to talk with residents and get input and talking with precinct chairs and other elected officials to get input as well,” she said, describing her leadership style as transparent, communicative and cooperative.