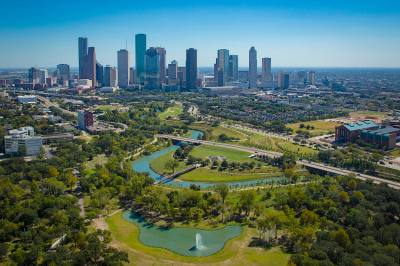 Houston City Council discussed implications of the 2020 US Census May 1.

Leading up to the 2020 United States Census, some Houston City Council Members say that getting an accurate headcount for the city’s population may be more difficult than in years past and federal dollars are on the line.

"Every city throughout the United States is ramping up to make sure that they identify and count every person within their domain,” Mayor Sylvester Turner said.

Council Members debated whether to approve an allocation of $650,000 from the city’s Fiscal Year 2019-20 general fund for the first part of a two-phase outreach plan that includes advertising and community engagement efforts to encourage participation in the census. The vote was postponed by Council Members Robert Gallegos and Dwight Boykins, who both said they wanted further explanation of the strategies behind the plan.

A new question requiring respondents to record their citizenship status is set to be challenged in the US Supreme Court, but if it makes it onto the survey, District I Council Member Robert Gallegos, whose district covers parts of East Downtown and Northeast Houston, said it will deter respondents from answering.

If the population is undercounted in the data that is only collected every 10 years, Houston stands to miss out on $1,500 of federal funding per resident and could affect representation in state and federal government, Turner said.

In another change to the process, which begins in April 2020, surveys will be administered digitally for the first time according to the 2020 Census Operational Plan. A move to digital response will maker replying to the survey easier for some, but harder for others, said District H Council Member Karla Cisneros, whose district includes the Near Northside and East End areas.

“A lot of the communities I represent, they don't have computers at home or wi-fi at home,” Cisneros said. “It's a problem.”

According to the census plan, some areas with low internet connectivity or low likelihood of respondents replying electronically will receive paper surveys. The Census Bureau will also develop strategies to follow up on nonrespondents in person and by mail, according to the plan.

Stardig said she did not oppose funding the outreach efforts all together however, she said she wondered if waiting until the start of the new fiscal year July 1 would be more fiscally responsible while the city deals with the aftermath of issuing lay off notices for municipal workers and firefighters that were justified as an effort to fund Proposition B.’s voter-mandated pay raises for the Houston Fire Department

“Our current employee situation is just as critical and important to me today as the future revenue from the chance of us convincing people to sign up for the census is,” she said.

In response to a similar comment from Boykins who also mentioned the city’s recent layoffs as a reason to thoroughly vet general fund expenditures, Gallegos said equating the two issues was irresponsible.

“I’m ashamed that you’d even try to relate this to Prop B.” Gallegos said.

District G Council Member Greg Travis, whose district covers River Oaks and parts of Uptown, said while he has concerns about general fund expenditures, he viewed the outreach efforts as an investment with promising returns.

“We have to look at it in one of two ways, is it an expenditure or is in an investment. ... If we execute it right, if we do the things we should do, this will be worth the money we're spending because it will return something,” Travis said. “It won't be a direct return per say but it will be an in-direct, profit-making expenditure.”

City Council will take up the item again on May 8.