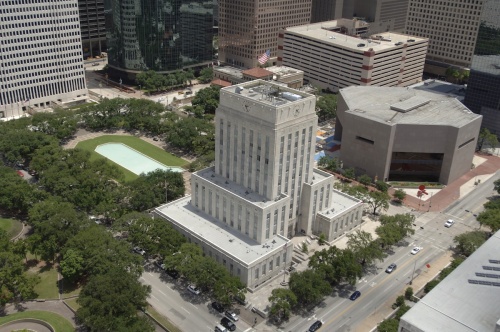 Days before Houston City Council is set to vote on 220 firefighter layoffs, 47 municipal employees became the latest group of city workers to receive pink slips April 12, according to a news release.

The layoffs from the Parks and Recreation, Library, Administration and Regulatory Affairs and Health departments are part of an ongoing effort to fund pay raises for all Houston firefighters as mandated by voter-approved Proposition B, the release stated.

The layoffs serve as 60-day notices, and the positions are not officially terminated until the 60 day-mark is reached, Bernstein said. The layoffs could be revoked if Houston Mayor Sylvester Turner and Houston Professional Firefighters Association President Marty Lancton reach an agreement on a proposal to phase-in the raises over time rather than fund them all at once.

As city council members prepare to vote on firefighter layoffs April 17, Turner and Lancton are engaged in last minute negotiations to come to an agreement on how to phase-in pay raises and avoid some, if not all, layoffs.

Following an in-person meeting between Turner and Lancton on April 12, the first since Proposition B passed in November, Lancton issued a public letter with a list of conditions under which he would accept a phase-in agreement.

They include, “complete access to City financial and budget information,” as well as commitment to pay parity with the Houston Police Department that includes commensurate base and incentive pay. The letter also states that Lancton will not accept any proposal that includes any firefighter layoffs or “reduction of fire and EMS services,” before, during or after Proposition B is implemented.

In response, Turner released an open letter disapproving of Lancton’s effort to take the conversation public.

“This letter is not consistent with our discussions,” Turner's letter stated. “I hope you will refrain from further steps that will undermine my effort to find common ground.”

The two are set to meet again April 15, according to the HPFFA.