Stories to follow in 2019: Bay Area continues fight against flooding 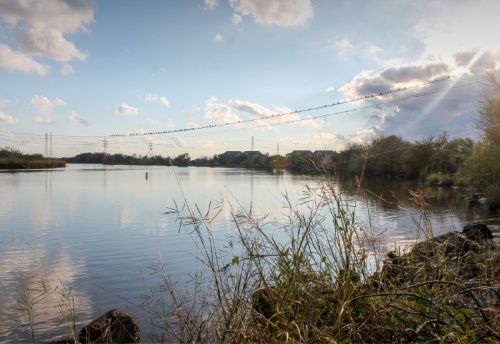 Clear Creek was one of several tributaries that flooded in the Bay Area during Hurricane Harvey. The creek will soon be improved.

Nearly a year and a half since Hurricane Harvey, officials from Harris County, League City, Clear Lake and other Bay Area communities are doing everything they can to address flooding and drainage issues from local and regional perspectives.

Harris County is in the early stages of implementing projects included in the $2.5 billion bond passed in August. League City officials are considering a bond of their own to address $121 million worth of drainage fixes. The Clear Lake City Water Authority is chugging away at creating its Exploration Green detention pond, and other communities, particularly Nassau Bay, are elevating homes.

Bay Area residents can expect to see some drainage work done throughout 2019.

League City officials are still considering the best course of action to fix $121 million worth of drainage problems identified in a half-dozen studies done in various neighborhoods that flooded the most after Harvey.

City administration has been pushing for a May bond election of up to $249 million, which includes drainage, traffic and public safety projects, and building a new library.

However, officials have reiterated that much money is a hard pill to swallow and pared options down to give the League City City Council three bond possibilities to choose from.

Both these options would not increase residents’ property tax rate if voters also approved increasing the city’s sales tax rate 0.25 percent, he said.

The third option is $216.5 million and includes $104 million in drainage projects, $88 million in street projects and the library. This option would increase residents’ property tax rates even if the sales tax rate increase was approved.

The council is tentatively scheduled to finalize a list of bond projects in January, after which the city will organize town halls to educate the public. The council has until Feb. 15 to order a May election.

The project near El Dorado, Bay Area and Space Center boulevards ran into a bureaucratic snag in 2018 that delayed one phase of the project about two months, but the entire project is set to finish by the end of 2020, ahead of schedule, authority board President John Branch said.

Once complete the project will protect close to 2,000 homes from flooding and hold up to 500 million gallons.

Nassau Bay is another city fighting flooding, but it is doing so by elevating homes out of the flood plain with federal grant money. So far over 30 homes have been elevated, and work to elevate another 27 will start this year.

While Bay Area residents will not see many of these projects underway in 2019, HCFCD officials said they are hard at work behind the scenes getting projects started.

There are $340 million worth of drainage projects planned for the Clear Creek Watershed and $54 million worth of projects in the Armand Bayou Watershed. The only project underway now is the construction of a detention basin near Dixie Farm Road and South Fork Boulevard, a $10 million project years in the works, said Gary Zika, the HCFCD’s manager of federal projects.

In early 2019 crews will begin rehabilitating the Clear Creek channel in the Friendswood area by clearing low-hanging trees and removing invasive species.

Other than that, not many projects will be underway next year. Many were just funded in November, and engineers are in the process of designing projects. After that, the HCFCD must acquire right of way, move utilities and do preliminary steps before work begins.

“There are a lot of parts that are involved with this,” HCFCD Project Communications Manager Karen Hastings said. “The good news is we have the money now.”

Normally, the HCFCD must do project steps one at a time and wait for funding approval between each phase, which makes projects take a long time to complete. Now that the entity has billions in funding, it can do projects quicker and is hiring additional staff to complete them all, Hastings said.

The biggest project in either watershed is 15 miles worth of channel improvements to Clear Creek. The $200 million project is being led by the U.S. Army Corps of Engineers and will not be started for a year or more, Zika said.

Once complete about 2,100 structures along Clear Creek, including homes and businesses, will be protected from flooding during a 100-year storm, and those farther southeast could see advantages as well, he said.
SHARE THIS STORY