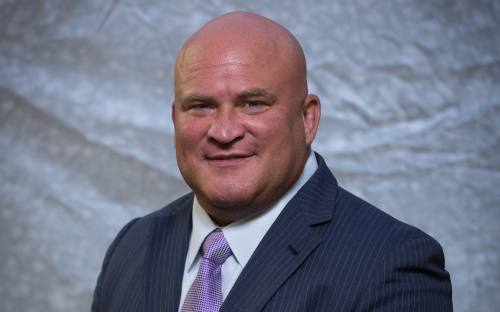 The Clear Creek ISD board of trustees announced Sept. 24 they had selected the late Chris Reed as the 2019 Citizen of the Year.

Reed was serving as a trustee when, on June 7, he fell overboard about 1.5 miles north of the Texas City Dike and died. He was 50 years old.

“Those who were lucky enough to know Chris understood he was a man of principle and deep commitment to his community,” said board President Laura DuPont said in a news release. “Clear Creek ISD was fortunate to benefit from that devotion along with his innovative ideas and enthusiasm for anything that was good for children.”

Reed showed his dedication to children through leadership roles in Communities in Schools, the Bay Area Alliance for Youth and Families and the Clear Creek Education Foundation. He founded the Houston Area Wrestling Foundation, which provides opportunities to youth wrestlers of lower socioeconomic status to help improve their self-confidence, discipline and sportsmanship, the release reads.

Reed, who resided in the Bay Area for 28 years, also held law enforcement and city management positions in League City and Nassau Bay. He was a certified military policeman and paratrooper early in his career, according to the release.

Reed’s family will accept the Citizen of the Year honor on his behalf Nov. 2 at the Clear Creek Education Foundation Annual Awards Presentation and Gala at South Shore Harbour Resort and Conference Center.