Favor, an Austin-based delivery company, launched its service Oct. 22 in the Bay Area and is offering residents delivery services in less than an hour.

The company will offer personal assistants, also called runners, and will deliver things such as lunch to the office, flowers, household items and more in less than an hour, according to the press release.

Favor will donate $1 to the Houston Galveston County Food Bank for every delivery made between Oct. 22-31. Additionally it is offering customers the first delivery for free by using the code BAYAREA when ordering online, according to the release.

Interested customers can sign up and order online at www.favordelivery.com or can download the app. Customers can choose from featured restaurants and stores within the delivery zone. Runners are like personal assistants, and customers can make requests through text messages, according to the release.

This includes the presence of jobs, education and infrastructure in the solar energy industry. 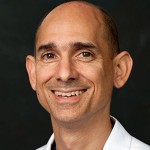