After a Jan. 2 inauguration ceremony—during which Houston City Council members, the city controller and the mayor were sworn in—Mayor Sylvester Turner made a recommendation for Martin to serve as mayor pro tem. Council voted in favor.

As mayor pro tem, Martin will serve as acting mayor when Turner is unavailable. Martin also serves on the Budget and Fiscal Affairs Committee. He looks forward to providing insight on issues such as budgets, flood risk reduction and infrastructure in his new role, according to a Jan. 2 press release from Martin’s office.

“Council Member Martin hopes to show the city of Houston that even though Mayor Turner and he do not always agree, they have the ability to work through their differences and collaborate to achieve great project[s],” the release reads.

Martin thanked his fellow council members for the opportunity to be mayor pro tem. He also congratulated District K Council Member Martha Castex-Tatum for her new role as vice mayor pro tem, according to the release. 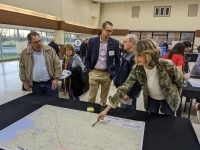 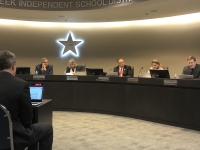