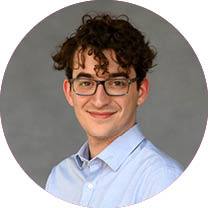 The Clear Creek ISD board of trustees received a presentation from Chief Financial Officer Alice Benzaia Aug. 8, 2022, which showed a decrease in the tax rate by $0.0451 from the previous year due to a spike in property values. (Daniel Weeks/Community Impact Newspaper)

The Texas Education Agency approved the maximum compressed tax rate for FY 2022-23 on July 27 after the district received certified tax values from appraisal districts July 25. This new information caused the projected tax rate from a June 27 meeting to decline to the new rate.

According to Chief Financial Officer Alice Benzaia, taxable property values increased to $31.9 billion from last year’s $28.6 billion, a 12% increase year over year. She said the state mandates that any 2.5% increase in property values must result in a reduction in the district’s tax rate.

The district continues to face budgetary shortfalls due to an enrollment drop caused by the COVID-19 pandemic, according to a presentation from Benzaia, which showed that overall enrollment is not expected to change from the previous year. She said a budget deficit of $9.2 million will be covered by a transfer from the district’s capital and contingency fund.

This year’s expenditures are higher due to rising inflation, according to the presentation, which indicated that inflation is up 12.4% since September 2019.

"There's not a lot of cushion built into the budget," Benzaia said.