The four most populated Texas cities, including Dallas, continue to grow as new residents move in. (Joe Warner)

The four largest cities in Texas continue to grow while residents are paying more for housing costs and spending more time in traffic, according to new five-year population estimates the U.S. Census Bureau released on Dec. 19.

The following information is sourced from the 2014-18 American Community Survey. Any comparisons over time were done using the 2009-13 five-year ACS.


There are more women than men in each of the state’s major metro areas, with the exception of Austin.


Austinites have been paying significantly more in monthly housing costs compared to other large cities in Texas between both the 2009-13 and 2014-18 time periods.


Nearly half of all Houstonians spoke a language other than English at home between 2014-18. This is up from 46 percent during the 2009-13 timeframe.


The number of unmarried residents in Austin continues to rise, hitting nearly 44%.


Austin has the largest percentage of children enrolled in private school among the state’s biggest metropolitan areas.


Houstonians spend the most time on average traveling to work out of the state’s four most populated cities. 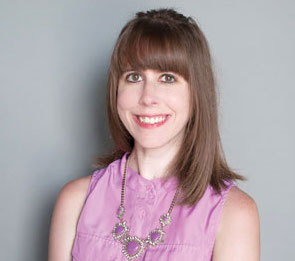 
Marie came to Community Impact Newspaper in June 2011 after starting her career at a daily newspaper in East Texas. She worked as a reporter and editor for the Cy-Fair edition for nearly 5 years covering Harris County, Cy-Fair ISD, and local development and transportation news. She then moved to The Woodlands edition and covered local politics and development news in the master-planned community before being promoted to managing editor for the South Houston editions in July 2017.
<

In the first round of Houston’s budget workshops for fiscal year 2020-21, both Houston fire and police chiefs proposed slight increases to department budgets despite an oncoming economic downturn .

However, both police and fire chiefs acknowlegded personnel cuts may be necessary.

The district's board of trustees approved a resolution that included language intended to base grade-level advancement, promotion and course credit on curriculum proficiency rather than mastery.

Amid the outbreak of the coronavirus, residents are still applying for marriage licenses, and the Galveston County clerk's office is helping residents from all over do so.

Houston city department heads are presenting budget proposals to City Council members throughout April and May.