Bay Area counties have begun breaking down counts of the coronavirus by city and region. (Courtesy Adobe Stock)

Harris County on April 11 released a map breaking down the number of coronavirus cases per ZIP code, showing the Clear Lake area has fewer cases of COVID-19 compared to League City.

According to recent data, Harris County and Houston have seen a total of 3,629 cases of the coronavirus as of April 12. Of that number, a maximum of 40 are in Clear Lake, according to the map.

Community Impact Newspaper is seeking exact case counts in each Harris County ZIP code. This story will be updated if that data is provided. 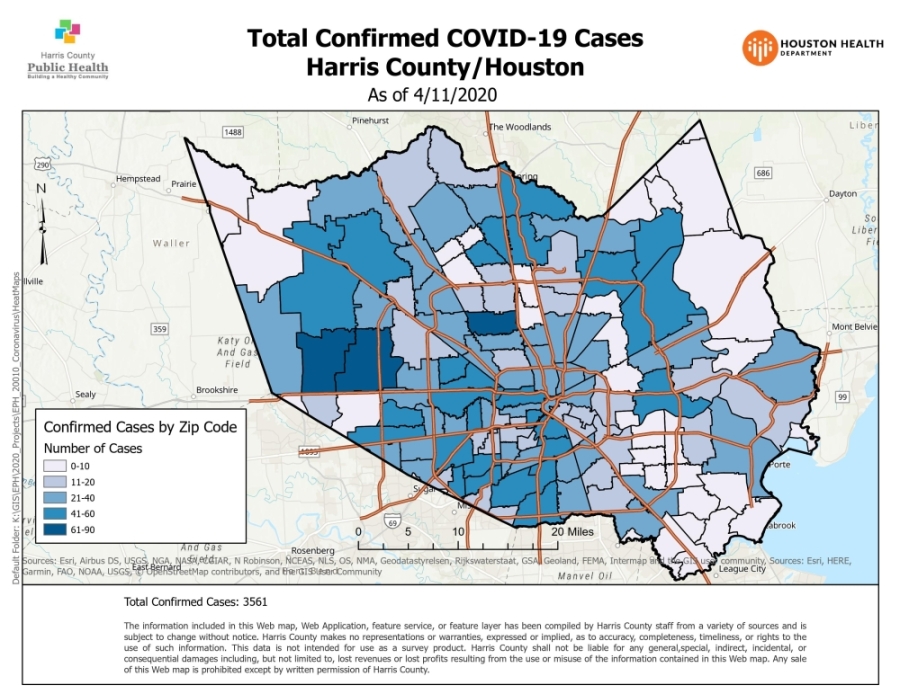 Galveston County reported a total of 355 cases as of April 11. While this is 10 times fewer than the number of cases of Harris County and Houston, a third of Galveston County's total cases reside in League City.

According to county data, 110 cases are in League City. This includes at least 11 League City employees who have tested positive for COVID-19.

Another 123 cases are in Texas City, which include 68 cases related to an outbreak at the nursing home The Resort at Texas City, according to the data.

Clear Lake Shores has one case, Kemah has three, and Friendswood has 21, according to the data.

Of the 355 cases in Galveston County, 255 are active, 92 have recovered, and eight have died. Of the active cases, 26 are hospitalized, and 229 are self-quarantined. A total of 4,049 people have been tested, according to the data.
League City Clear Lake Houston Galveston County Harris County Coronavirus (COVID-19) Bay Area Data & Reference
SHARE THIS STORY