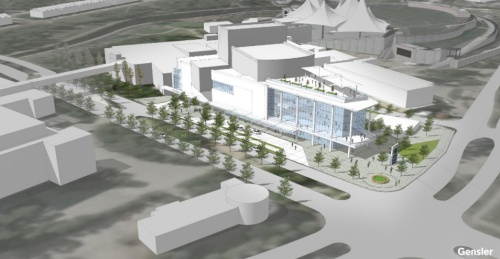 A new performing arts center could be on the horizon for The Woodlands after the township board of directors agreed last week to discuss the matter with The Center for the Performing Arts at The Woodlands.

The Woodlands Township board of directors approved a memorandum of understanding May 22 to discuss a potential agreement with the nonprofit center, which operates the Cynthia Mitchell Woods Pavilion. The memorandum was not discussed in depth at the meeting.

The possible new center would be located near the pavilion’s current location on Lake Robbins Drive, according to a township news release.

The memorandum is nonbinding and is intended to determine the viability of the township and center’s joint development of a new center, the release stated.

“This is a major step in furthering the development of performing arts in The Woodlands,” board of directors Chairperson Gordy Bunch said in a statement. “It feels right that on the day after acknowledging our founder George Mitchell’s 100th birthday this week, we are moving forward with one of his wishes to have a performing arts theater in The Woodlands.”

The 100th anniversary of Mitchell’s birth was May 21.

Development of new cultural facilities in The Woodlands such as an indoor arts center have been in discussion for several years.